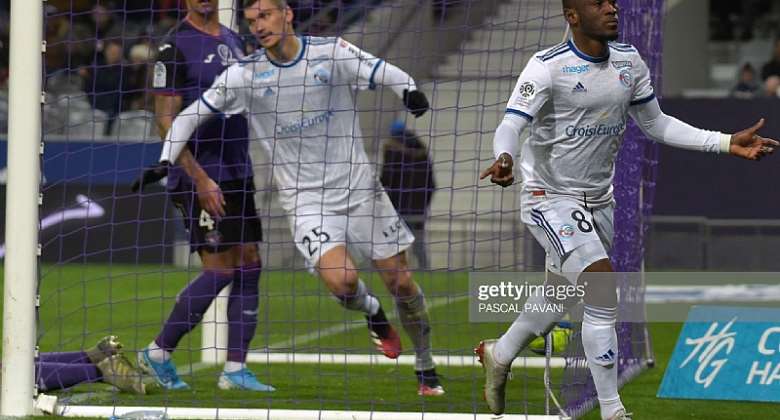 Ghana striker Majeed Waris says it is disappointing that the French Ligue 1 has been cancelled as a result of the coronavirus pandemic.

On Tuesday officials confirmed that Ligue 1 and Ligue 2 seasons has been cancelled following a ban all sporting events, including behind closed doors, until September.

Prime Minister Edouard Philippe said the 2019-20 sporting season is over as he announced plans to ease France’s coronavirus lockdown on 11 May.

However, Strasbourg attacker said it was the right decision by authorities taking into consideration how destructive the virus has been.

“It is very disappointing, to be honest [that they cancelled the league] because it had been decided that we will not continue the season but if you look at the other aspects, I believe that it is an important thing [that they did it] because if you look at what has happened abroad, people are losing their loved ones and families so it has destroyed everything. If you look at the safety side, I think it is the right thing,” the 28-year-old told Adom TV.

The Ligue 1 is the second major league in Europe cancelled due to the pandemic after Dutch Eredivisie was cancelled last week.

In Ghana, there is a ban on all public gatherings including sporting activities such as the Ghana Premier League. Asked whether the league should be called off, Waris responded in the affirmative, indicating it is the sensible decision to take as the country’s cases continue to rise.

As at Wednesday morning, Ghana has confirmed 1,671 cases.

“Yeah, I think it is sensible for that to happen [cancel the Ghana Premier League] because every time I monitor the numbers in Ghana and I have realized that it is always increasing and after the government lifted the lockdown, you can see that it is increasing faster so I think for the safety of everyone, it will be very good to cancel everything,” Waris said.

Waris joined Strasbourg on loan from Portuguese side FC Porto in January.