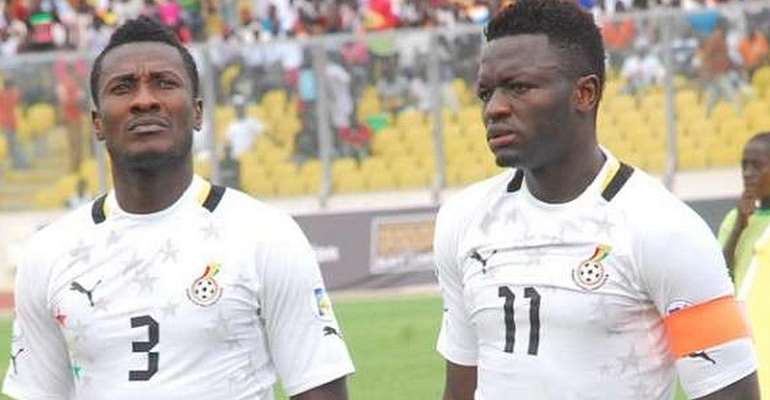 Captain for Accra Great Olympics, Gladson Awako has noted that the return of Asamoah Gyan and Sulley Muntari to play in the Ghana Premier League will motivate supporters to troop to the stadia on matchdays.

The two celebrated players have been in the country for quite some time now with Muntari having trained with Hearts of Oak before the football season was suspended as a result of the Coronavirus (Covid-19) pandemic.

For Gyan, he has been home nursing an injury but recently fully recovered. While the Black Stars leading top scorer is being linked with a move to Asante Kotoko, Sulley Muntari is reportedly likely to end up at Hearts of Oak.

Commenting on a possible return of these two great players to play in the Ghana Premier League, Gladson Awako says it will help revive football in the country.

“I think this is a plus for us the players and the football association because their return to the local scene will motivate supporters to go to the stadium in their numbers.

“So if all these great players want to come back I think it’s going to revive the game here”, the Great Olympics captain shared.

[Video]Don’t Vote For NPP Members Contesting As Independent ...
4 minutes ago