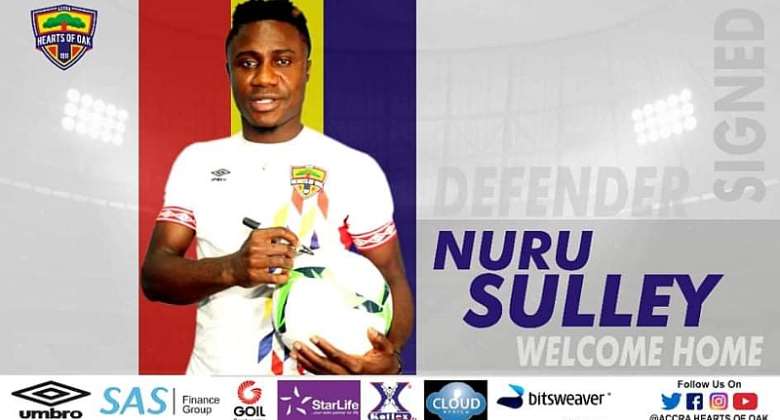 Ghana Premier League giants Accra Hearts of Oak has officially announced that they have completed the signing of former defender Nuru Sulley.

The former Ghana U-20 center-back played for the Phobians from 2011 to 2014 before later moved to Libyan top-flight club Al-Nasr Benghazi.

After 6 years playing outside the West African country, Nuru Sulley finally returned to his home country earlier this year after he had parted ways with Naft Al-Junoob.

Having trained with Hearts of Oak in the months leading to the suspension of the 2019/2020 football season, he caught the eye of the technical team who asked for his signing.

Following successful negotiations, Nuru Sulley has been signed on a two-year contract and will feature for the Accra-based club when the football resumes.

“Hearts of Oak is pleased to announce the signing of central defender, Nuru Sule. The Ghanaian international has signed a two-year contract as he makes a return to the club”, a club statement from the Rainbow club said on Wednesday afternoon.