It Is An Honour To Join Dreams FC – Abel Manomey 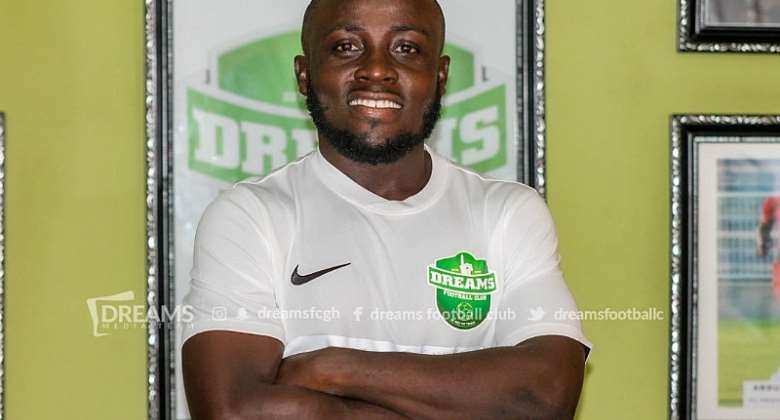 The forward has been signed by the Dawu-based club on a two-year contract to give them a squad boost as they await the resumption of the 2019/2020 football season.

“Dreams Football Club is glad to announce that Striker Abel Manomey has made his relationship with Dreams official after signing a two-year contract with the club. This comes after the player passed his mandatory medical assessment last week”, a statement from the club said today to confirm the capture of the player.

Speaking to Dreams media, the new signing says it is an honour to join the Still Believe Lads and he is ready for the new challenge in his career.

“It’s an honor to be at Dreams FC after being with Olympics for 3 years, I am here for a new challenge. I love the uniqueness of the club and it’s a good environment for me”, Manomey shared.

Due to the suspension of the football season, he will stay home and train just like every other player. He will, however, join his new teammates for training when the coast is cleared and the government lifts the ban of public gathering.