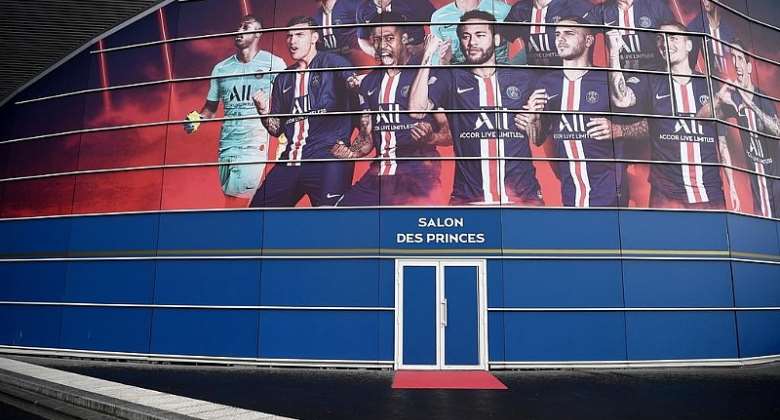 French football chiefs were on Wednesday thrashing out how to unravel the 2019/20 season which was effectively terminated on Tuesday night when Prime Minister Edouard Philippe said no professional sports would be allowed until September as the country continued the fight against the coronavirus pandemic which has left 21,000 people dead.

Philippe issued his edict on football during a 61 minute speech to French MPs in the Assemblee nationale as he outlined a plethora of measures for France to emerge from a lockdown on businesses and schools.

While parts of the battered economy will be able to resume from 11 May, sports including rugby, basketball and tennis, will be barred from restarting their leagues.

The Ligue de Football Professional (LFP),  French football's governing body, suspended the campaign on 13 March. There were hopes the season could relaunch on 17 June and finish on 25 July.

LFP bosses held talks on Tuesday following Philippe's address to parliament and they will hold more discussions on Thursday.

Search for answers
They will have to emerge with solutions on whether to void the season or allocate promotion or relegation places on the basis of the standings when the shutdown was ordered.

Nice skipper Dante though welcomed Philippe's intervention. The 36-year-old Brazilian told the sports newspaper L'Equipe: “Many people have died and many are in mourning.

“We don't yet know yet how to sort out a huge international problem but we're looking for ways to play football? Instead of concentrating on what's going to make things better for everyone, we're thinking about a game.

Dante, who was speaking from his home in Brazil, added: “Of course it is our job too but it is not the priority. People are going to hospital. Others have lost the little jobs that they depend on … and footballers will be out on the field? It'd be indecent. We'd look like complete idiots.”

PSG dominant
When the French top flight season was suspended with 10 games remaining, Paris Saint-Germain were 12 points clear of Marseille and set fair for their sixth championship in seven years.

At the other end, Amiens and Toulouse occupied the automatic relegations spots with 23 and 13 points respectively. Nimes, in 18th, the relegation play-off spot had 27 points. St Etienne in 17th had 30 points.

“My team is challenging for a spot in next season's Europa League,” Dante added. “But I'd never exchange a place in Europe for someone's health. Club interests become so small in comparison to what is happening.”

Elsewhere in Europe
In neighbouring Germany, Bundesliga bosses last week declared the championship was ready to restart when politicians gave the all all clear. However the top two Dutch league were annulled last week with no promotion or relegation and no champions.

In England, no decision has yet been made about the future of the Premier League while in Spain La Liga's hopes of a return receive a boost when the Spanish prime minister, Pedro Sanchez, announced that professional athletes will be able to return to training on 4 May.

Under the proposal, sports people, including footballers, will be allowed individual sessions as part of a four-stage scheme to relax the national lockdown.

Sanchez said that “phase two” would permit open air activities with less than 400 people in attendance - a tally that would enable a football match to take place without fans in the stadium.