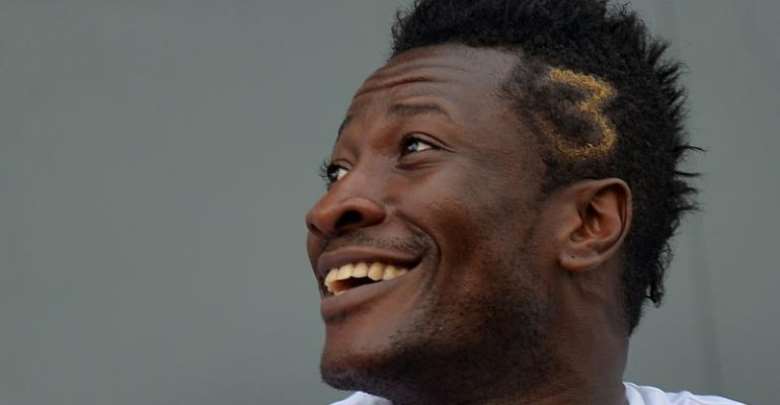 Black Stars general captain Asamoah Gyan says he is keen on initiating a campaign to revive colts (juvenile) football in the country.

Gyan who benefited from colts football has described the football system as the backbone of Ghana football but has bemoaned its crumble in the last 10-15 years.

Ghana had a vibrant juvenile sector that served as a football factory producing exceptionally talented footballers for the national team.

The scenario has changed in recent times with several questions remaining unanswered about why the country has struggled to replicate the old days.

Speaking on TV3 Sports, he said: “I started with the colts level, a lot of players who played for the senior national team, they (also) started from the Colts level”.

“I (recently) found out that there’s no more colts football in Ghana, that is something I want to do” he noted.

“I want to bring back (the love) for colts football to Ghana, to be an ambassador or something and make sure I promote colts football”

Gyan has invited his former teammates who also profited from a well functioning colts football structure to join him on this revivification quest.

“We have Stephen Appiah, Laryea Kingson, myself, Sulley Muntari, Michael Essien, all these guys….the legends Abedi Pele, Tony Yeboah, I’m sure they all played in this colts level”

“that’s what I want to do, I want to bring back the colts football because I think it will help” he concluded

Gyan played for Mighty Victory which later became Cedabs Babies colts club before moving to professional level at the young age of 16. He scored 10 goals in 16 games in the Ghana Premier League for Liberty Professionals before going on trials in Europe.

Gyan says he is eager to revive the colts football and bring back the love and attention it needs.