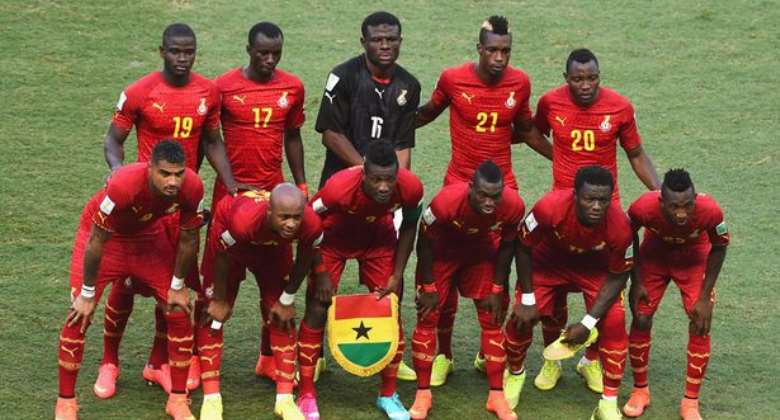 Speaking in an interview with GTV on Monday He noted that there were many problems which were beyond him and the team, even before they went for the trials ahead of the tournament.

According to the former captain who played for Accra Hearts of Oak, Udinese, Parma, Brescia, Juventus and Fenabache star, they had a great team with quality players but it was sad they came out of the event on a sad note.

According to Appiah, the Black Stars drew 3-3 with eventual winners, Germany which was adjudged one of the best games proves that they had a very good team.

He also set the records straight on the penalty taken by Asamoah Gyan when Ghana lost to Uruguay in 2010 in South Africa.

He stressed that if he picks the ball to kick, no player can come near to say he will play.

He further explained that he thought Suarez handled the ball in the posts, so it was a goal, but Asamoah also going for the penalty kick was not bad because he has scored in previous matches.

He mentioned top stars that he played with in Ghana, Italy and Turkey, including Antonio Conte, current Chelsea coach who was his roommate, making no regrets as a footballer.

The first player to captain the Black Stars at the FIFA World cup in Germany 2006 said there have been problems when he led the team, but they tried to manage every situation.

He hinted that the secret to his success as skipper of Ghana for eight years was due to love, sharing and teamwork.

“I didn’t take all the credit and fame, I shared with my teammates because every player mattered,” he explained.

On the new direction of the Black Stars, he commends ex-coach Kwesi Appiah whom he referred to as his boss for playing his part and urged Ghanaians to support the new coach C. K. Akunnor who is yet to play a game before he can be assessed.

Stephen Appiah who was born and bred at Chorkor before moving to Europe said he knew he would become a great football star when he was selected for his first colts match at Mamprobi with Mighty Victory aka Fattal Babies.

He was ever focused on the field of play and inspiration to be victorious was his weapon.