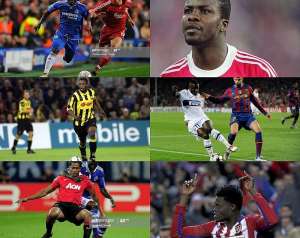 Over the years, some Ghanaian players have participated with their European clubs at the level and with some going ahead to winning the UCL trophy for their sides.

Citi Sports desk takes a look at the six Ghanaian players to feature in the semi-finals of Europe's most competitive tournament – UEFA Champions League.

Thomas Partey the fifth Black Stars player to feature in the semi-finals of the UEFA Champions League in the 2016/2017 season.

Partey, 26, was a second half substitute as Atletico Madrid beat Real Madrid 2-1 but lost on an aggregate scoreline of 4-2.

The Ghanaian midfielder did not play a part in the 1st leg at the Santiago Bernabeu as Ronaldo produced a stunner, scoring thrice to give Los Rojiblancos a difficult second-leg. Hans Adu Sarpei (Schalke) vs Manchester United – 2011

Adu's side, Schalke had surprised a lot of pundits as they trotted all the way to the semi-finals of the UCL.

The Ghanaian defender on the night battled with Antonio Valencia who had him for pace, strength and trickery.

Manchester United won the first leg 2-0 with goals from Ryan Giggs and Wayne Rooney in the 67 and 69 minutes respectively to leave the German side wounded ahead of the return leg.

Sarpei was booked on 70 minutes before being replaced by the younger Sergio Escudero two minutes later. 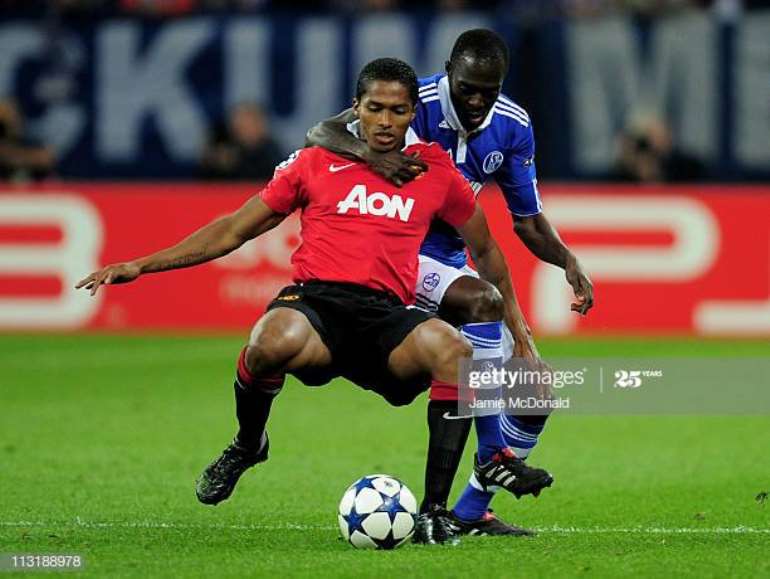 After missing out in the first leg of Inter Milan's historic 3-1 win over Barcelona, Ghana's Sulley Muntari would help the Italian giants in the 2nd leg.

Jose Mourinho's men survived an early Thiago Motta red card as Inter Milan held on to win over two-legs to set up a finale with Bayern Munich.

Sulley Muntari, the Ghanaian midfielder was introduced in the 66th minute of the game, replacing Wesley Sneijder. 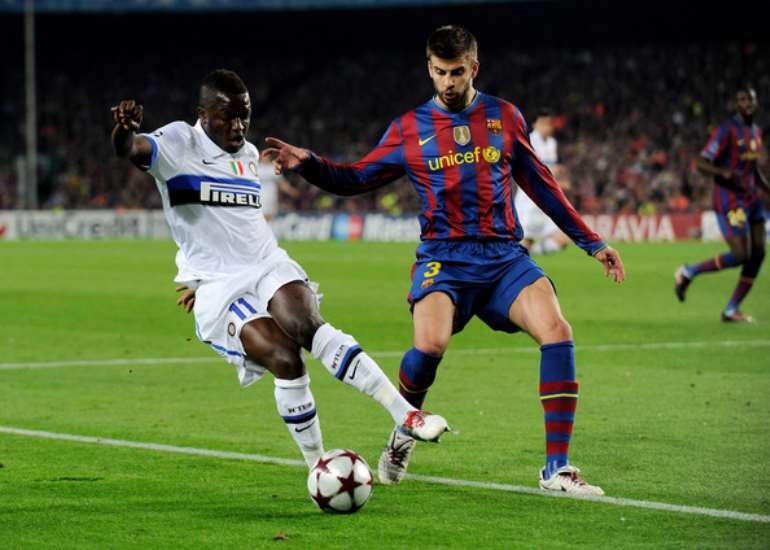 The midfielder, known for his hard tackles was booked in the 82nd minute of the game.

Inter Milan went ahead to win the UCL trophy that season, defeating Bayern Munich in the process. Michael Essien (Chelsea) vs Liverpool – 2007

Michael Essien became the third Ghanaian player to feature in the semi-finals of the UEFA Champions League on 1st May 2007. 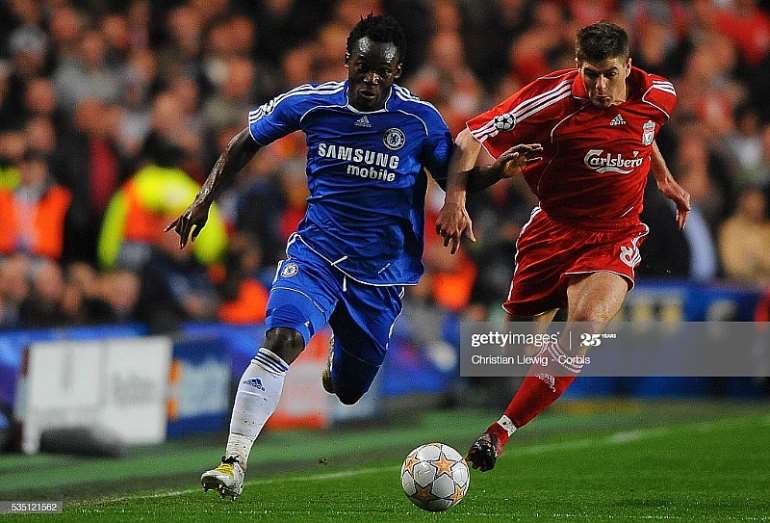 Chelsea had won the 1st leg by a Joe Cole brilliant goal (a game Essien missed due to suspension) and was keen on avenging their losses two years prior.

Daniel Agger of Liverpool got the tie back in the balance and the match stretched to penalties.

The Ukrainian giants gave Bayern Munich a torrid game at the Olympic Stadium as both teams played out a 3-3 draw in the first leg of the semi-finals.

Inspired by the brace of Andriy Shevchenko, Dinamo took a 3-1 lead within 50 minutes of the tie.

Stefan Effenberg and Carsten Jancker scored in the 78th and 88th minutes of the game to give Bayern Munich the advantage ahead of the reverse leg at their home.

Samuel Kuffour lasted the entire 90 minutes of the game and got booked in the 61st minute of the game. Ibrahim Tanko (Borussia Dortmund) vs Real Madrid – 1998

On April 15, 1998, Ibrahim Tanko became the first-ever Ghanaian to feature in the semi-finals of the UEFA Champions League.

After losing 3-1 in the first leg, Dortmund's manager, Nevio Scala depended on Ghana's Ibrahim Tanko to score goals for his side.

Tanko was no threat to the likes of Fernando Hierro, Fernando Sanz and Roberto Carlos.

Ibrahim Tanko was replaced in the 71st minute of the game by Harry Decheiver.

The match ended in a stalemate and Real Madrid went ahead to defeat Juventus.