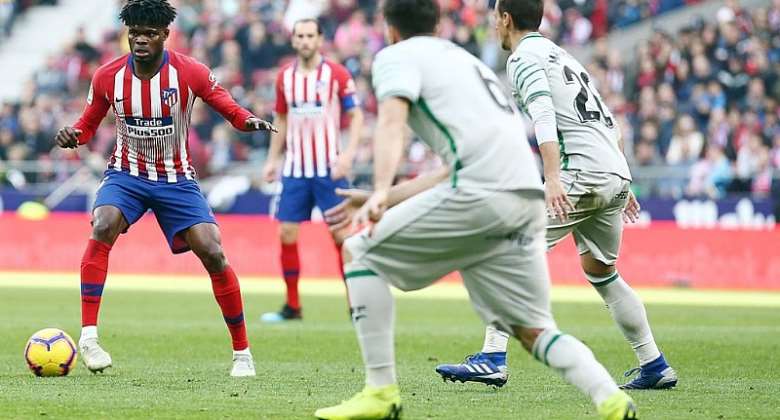 Head coach for Kumasi Asante Kotoko, Maxwell Konadu has noted that he believes it is time for Ghanaian superstar Thomas Partey to secure a transfer from Atletico Madrid.

The Black Stars talisman has been in demand in the past year with several European giants linked with an interest to secure his services in at least the last two transfer windows.

Ahead of the summer transfer window, the mood seems the same as the likes of Manchester United and Arsenal are in pursuit of the signature of Thomas Partey.

In a response on a Twitter post from Angel FMs Saddick Adams, head coach for Asante Kotoko Maxwell Konadu has told Thomas Partey that it is time to move.

Partey remains a key asset for the Rojiblancos and his manager Diego Simeone wants him to stay at the club.

Meanwhile, he has given the indication that he fancies a move to play in the English Premier League after being reluctant towards signing an improved contract offered by the Spanish La Liga side.