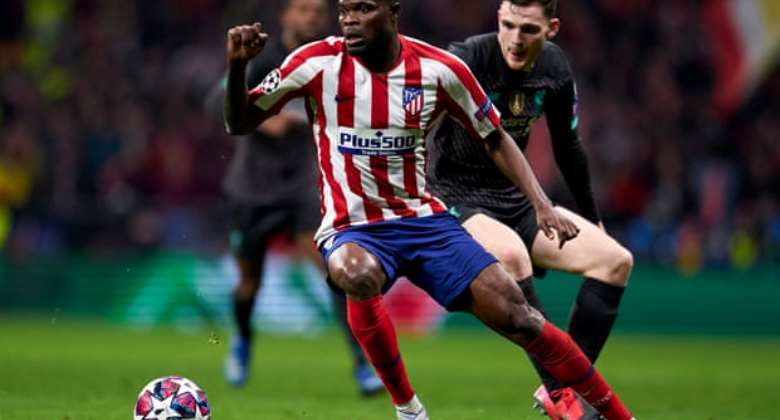 Thomas Partey in action against Liverpool at Anfield

Ghanaian international Thomas Partey is set to make a sensational switch to a club in the English Premier League with several reports indicating that he will snub Atletico Madrid’s contract extension offer.

The calm but hardworking midfielder has been at the center of transfer speculations for the past year with strong indications that he could move from Spain.

Among other clubs interested in securing his services, English Premier League giants Manchester United and Arsenal look like the favorite to land his signature.

In a bid to fend off any interest, Atletico Madrid has offered Thomas Partey a lucrative contract extension that will see him earning more money at the club while at the same time doubling his release clause from 50 million Euros to 100 million Euros.

Now down to the Black Stars superstar to decide his future, it looks like he fancies a move away from the camp of the Rojiblancos.

Credible information available at Modernghana Sports indicates that he is reluctant to sign the new deal as he now prefers making the switch to the English Premier League.

Though Arsenal has already made an offer for Partey, it has been uncovered that he prefers a transfer to Manchester United and will gladly sign for the side if they make an official offer to Atletico Madrid.