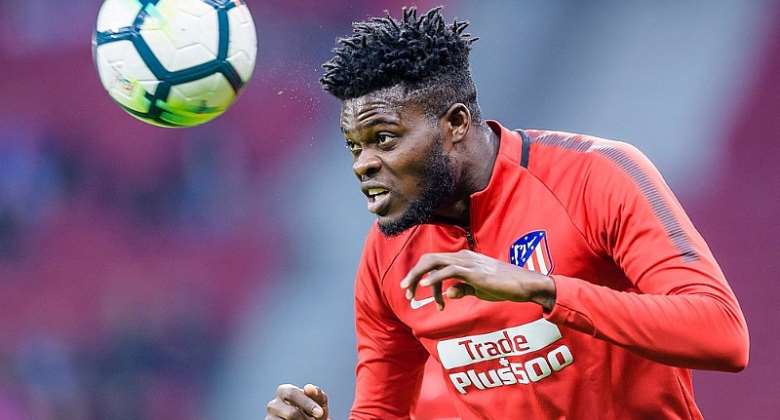 According to information reaching Modernghana Sports from a close source to the camp of Thomas Partey, the Atletico Madrid midfielder remains reluctant to signing his contract extension offer from the club.

As reported by this portal earlier this month, the Rojiblancos hold the Ghanaian in high esteem and have offered him a new bumper deal that will not only see him earning a bigger salary, but his release clause will also double from 50 million Euros to 100 million Euros.

In what appeared to be an easy decision for Partey to commit his future to the Spanish side, it now looks like he wants to take his time to consider all his other options on the table.

The Black Stars superstar loves playing for Atletico Madrid but is also relishing the potential of playing in the English Premier League according to reports.

In line with that, he has not yet signed his contract extension with the Rojiblancos as he continues to make deliberations with his agent as well as his family.

The 26-year-old midfielder is wanted by Arsenal and Manchester United. Though the Gunners have already made an initial offer for the player, they are nowhere close as far as securing his signature is concerned.

On the other hand, Manchester United who has been quiet about their interest reportedly has a bigger chance of acquiring the in-demand midfielder.