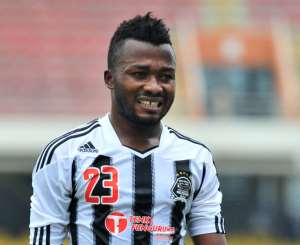 Captain of Accra Great Olympics, Gladson Awako has revealed that the Ghanaian league is far better than that of the Congolese league in terms of pitches used in both countries.

According to the playmaker who played for Congo top-flight giants TP Mazembe from 2012 to 2017, they used to play on bad pitches which didn’t even have grass.

He added, “Over here we are lucky sometimes we get better fields to play on and all that. Over there you travel and you play on a very rough field. There is not even a grass field to play on. So with that our league here is so much better than the one in Congo”.

The former Berekum Chelsea poster boy further disclosed that the only thing the Congolese League is ahead of the Ghana League is the fact that it always has two of its top teams performing very well in the CAF Champions League.

“The only thing is they always get the chance to be in the Champions League, to get to the money zone and it is only TP Mazembe and Vita Club”.