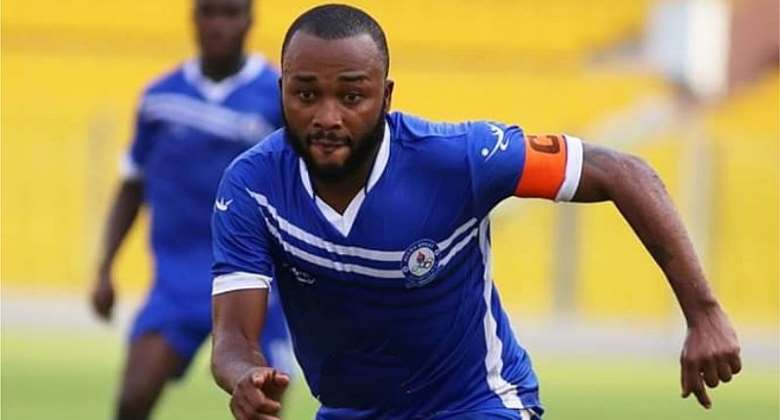 Great Olympics skipper, Gladson Awako has urged Ghana Premier clubs to institute a salary structure which will help curb the rampant player exodus in the league.

The salary for players in the country's top-flight league has been debated over the years.

Reports have emerged that some clubs pay their players as low as Ghc150.00 a month.

But according to Awako, the implementation of a minimum wage of GHC3000 a month.

"I think the minimum amount a player in the Ghana Premier League should be paid is 3,000 cedis. It is not enough though but that should be the minimum salary cap.

"If players in the league get paid minimum 3000 to 4000 cedis a month, I don't think any player will be rushing to play in say Togo or Cote d'Ivoire or something.

You have a situation where players are being paid as low as 300 or 400 cedis a month.

"How can they take care of responsibilities at home as top-flight footballers? The authorities need to do something about it," he added.

The Ghana Premier League is currently on hold due to the outbreak of the coronavirus.