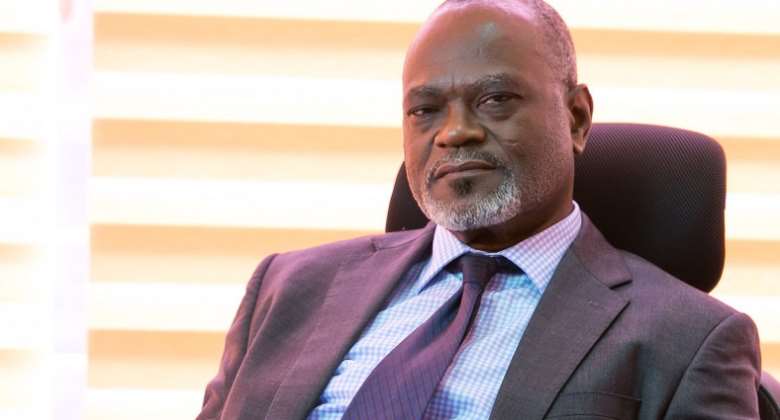 A presidential aspirant at the last Ghana Football Association (GFA) election, Wilfred Kwaku Osei (Palmer), has stirred the hornet's nest with a wild allegation that the Normalisation Committee failed to render proper accounts of its stewardship.

The Normalisation Committee, headed by Dr Kofi Amoah, was set up by FIFA between September 13, 2018, and October 25, 2019, to steer the affairs of GFA following the resignation of former GFA president, Kwesi Nyantakyi, and the subsequent dissolution of the then Executive Committee by the government following Anas' Number 12 investigation of Ghana Football.

However, the outspoken Palmer revealed in an exclusive interview with the Daily Graphic that the financial statement which was presented at the last GFA Congress at Prampram last December did not highlight the expenditure of the normalisation period.

The Tema Youth FC president was livid about the way the issue was pushed under the carpet at Congress under the guise of an anticipated FIFA Forward money to be received by the GFA.

According to Palmer, his greatest disappoint had to do with how Congress went ahead to approve a financial statement which did not capture the emoluments of Normalisation Committee members and the financial consultant it hired during the period, as well as the renovation which took place at the FA secretariat.

"It may interest you to know that some of the issues that were raised during the Normalisation period were the pages that were missing.

"The emoluments paid to directors is not in the financial statement, salaries and wages, including that of the financial consultant, the innovations and expansions that took place at the FA during the Normalisation period were all missing, yet some people say Palmer is doing politics," the disappointed Palmer lamented.

He said while he raised the issue and suggested to congress to reject the financial statement, congress decided to approve it and seek an amendment later in order not to miss the FIFA Forward money.

He pointed out that the GFA Executive Council (ExCo) could have sent the financial statement to the clubs to study and pass their comments after scrutinising it.

"When we vote in that manner, no member can go anywhere and purport that our financial statement contains material defects as is currently situated," he stressed.

Palmer emphasised that the benefit the FA would have derived from a proper accounts was a fair comparative analysis of what transpired in 2017 and 2018 in order to form an expert opinion as to whether the association was going forward or backward.