There Is No Bad Blood Between Me And Andre Ayew, Says Asamoah Gyan 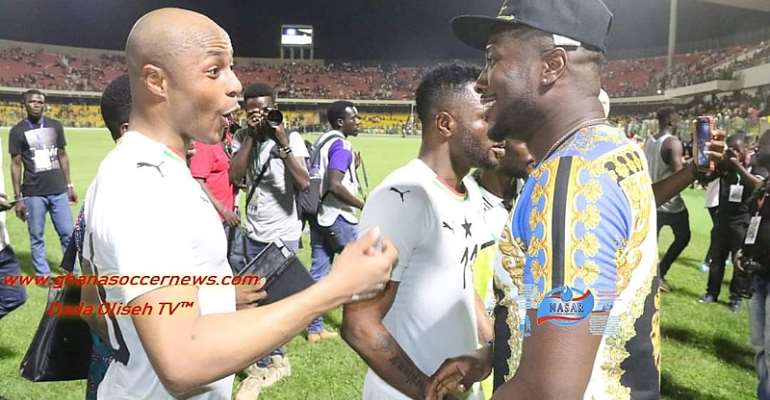 Ghana forward, Asamoah Gyan has dismissed reports that he is not on good terms with Black Stars captain Andre Ayew.

Over the years, it has been reported that the pair are not in good terms.

Ahead of the 2019 Africa Cup of Nations, Gyan was stripped on the captaincy role for Ayew before the Nations Cup in 2019, raising questions about the relationship of the two players.

However, the 34-year old Black Stars forward insists he has no problems with the Swansea attacker.

“No I don’t have any problem with Andre, I think people (outside) created that impression, sometimes we even laugh about it,” he told TV3 Sports.

“In life, you don’t know people’s mind, I might talk to you right now but I might not like you but I have to talk to you.

“I see what is in front of me, I don’t see what is behind me. For me what I see in Andre, I don’t have any problem, but behind I don't know (what he thinks of me) behind.

“Behind he doesn’t know what I also have in mind. But from what I see, he is a positive guy, who knows his job, who is very passionate about his job, who laughs, who motivates people. That is the Andre I know," he concluded.