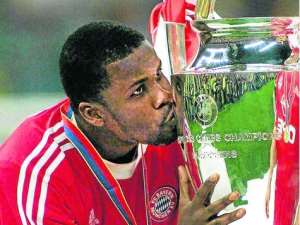 Kuffour featured for German giants Bayern Munich for over a decade, winning a total of 14 honours, and playing in nearly 250 official matches.

The 43-year-old also won the FIFA U-17 World Championship with Ghana in 1991 and picked up some top individual awards as well.

Speaking to Goal.com in an interview, he described the 2001 season as his best ever.

He featured for Asante Kotoko, FC Nürnberg, AS Roma, Ajax Amsterdam, and Livorno before hanging his boots.