Asamoah Gyan Not Giving Up Playing For Asante Kotoko 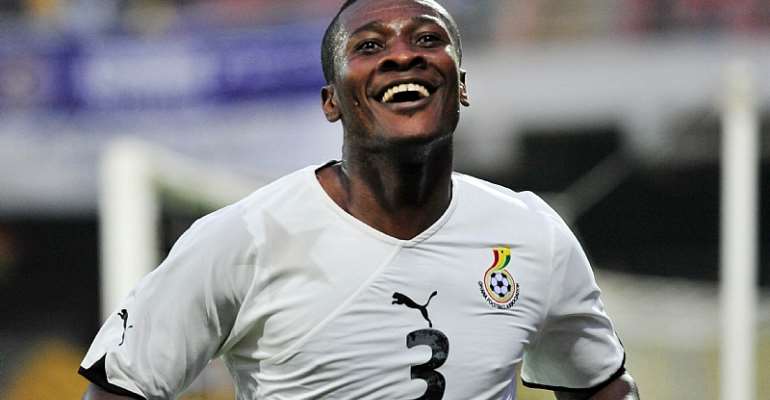 Former Ghana captain, Asamoah Gyan has reiterated his dream of playing for Asante Kotoko before hanging his boots.

Gyan, 33, played for Liberty Professionals in the Ghana Premier League before leaving for France.

The former Sunderland ace has promised to play for the 23 times Ghana Premier League champions before he finally quits professional football.

Gyan in an interview with TV3 Sports echoed that he is a staunch supporter of the Porcupine Warriors and would cherish a playing stint with them before retiring.

“I’ve supported Kumasi Asante Kotoko since I was a kid, till now. I even said to myself that I had to play Kotoko, but I didn’t have the chance to play before travelling outside,” he noted.

“I have said that I have to wear the red shirt before I call it a day. I want to finish my career at Kumasi Asante Kotoko”.

Despite holding on to a dream of playing for one of Ghana’s best clubs, Asamoah Gyan admits there is a possibility this might not happen eventually because of life’s dicey nature.

“So its something I want to do, I want to end my career with Kotoko,” he concluded.