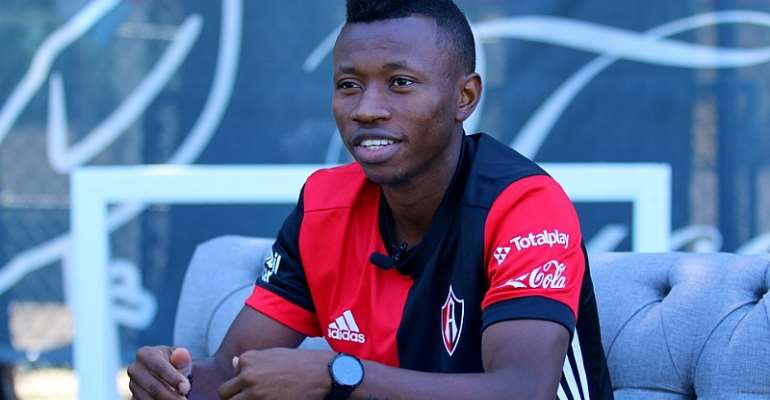 Former Ghana Under-20 kingpin, Clifford Aboagye says he is not giving up on earning a call up to the Black Stars.

After his impressive output at the 2013 Fifa U-20 World Youth Championship staged in Turkey, much was expected from the youngster but his performance since then has been questionable.

The scintillating performance of the nimble-footed player saw him move to Italian side Udinese before being loaned to Spanish side Granada.

The 25-year-old who now plays in Mexico, says he is getting himself ready for a Black Stars debut.

“Getting my Black Stars debut has always been something I work towards. I know it could come at any moment so I have to get myself ready. I have done it at the youth level and Ghanaians know what I can do,” he told TV3’s Juliet Bawuah.

“I knew there are a lot of people that are not following me in Mexico, but those who watch my games know I am playing regularly.

He also indicated that much will be dependent on the head coach since the team has a lot of good players at where he does best.

“It also depends on the coach because he knows the set up he wants to play. I believe I can give support to our attacking midfield to assist the strikers; that is what I am good at.

“We already have good players in the middle for Ghana and I don’t think I will have problems playing with them,” he added.

Clifford Aboagye is currently plying his trade in the Mexican topflight with Querétaro FC, on loan from another Mexican side, Atlas FC – a side he joined after leaving Spanish side Granada CF.

Aboagye was named the third-best player at the 2013 Championship in Turkey.