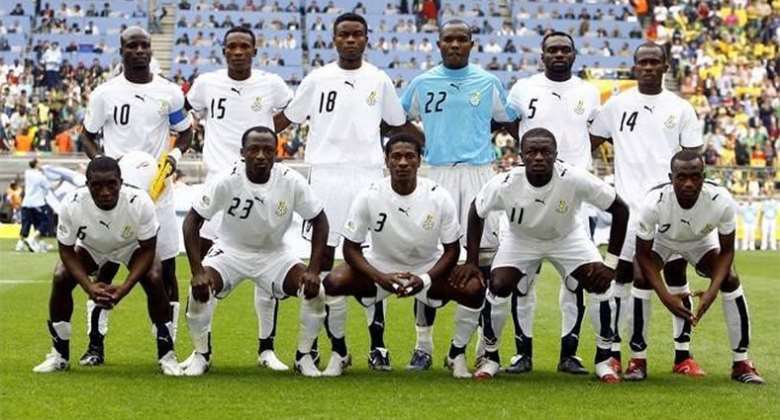 At number four in Michael McDuffie’s rankings of the best African national teams is Ghana’s side at the 2006 FIFA World Cup.

Ghana found themselves in Group E at the tournament in Germany, along with Italy, the United States, and the Czech Republic. A 2-0 loss in their first-ever World Cup match came at the hands of eventual champions Italy, but Ghana bounced back in their second match, against the Czech Republic. Gyan scored just two minutes into the match, registering Ghana’s first World Cup goal. Muntari scored late to seal the historic win.

Going into the final group match, a win was needed to clinch a pass to the knockout rounds at the first time of asking. The United States’ Clint Dempsey cancelled out a Haminu Draman goal late in the first half, but a penalty scored by the captain Appiah in stoppage time of the first half punched Ghana’s ticket to the next round. In the round of 16, Ghana faced defending World Cup champions Brazil, falling to them 3-0 with Brazilian legend Ronaldo scoring his record-setting 15th World Cup goal, along with two more goals from Adriano and Zé Roberto.

Advancing out of the group stages on the first try at a World Cup is a success for any nation. Ghana would take the lessons learned in Germany in 2006 to South Africa in 2010, where only an infamous Luis Suárez goal-line handball would keep the Black Stars from being the first African team to make a World Cup semifinal.