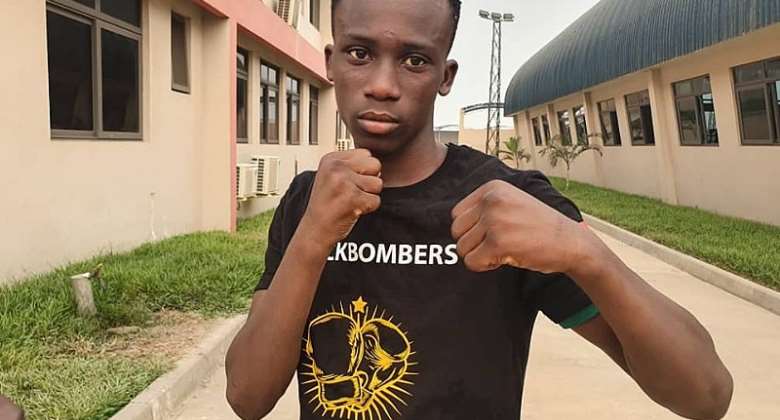 Tokyo 2020 bound featherweight boxer, Samuel Takyi aka The Ring Warrior has joined top stars who are warning people against the COVID-19 pandemic.

He was interviewed by GTV, the nation of the nation, and he cautioned Ghanaians especially the people living in Accra Central, Bukom, Ussher Town, James Town and Chorkor to stay home if they do not have anything important to do in town.

He advised them to wash their hands frequently with soap under running water and use alcohol-based sanitizers.

He also urged them not to be in groups of more than twenty people, but practice social distancing not to spread the dreaded coronavirus with has killed many people worldwide.

Samuel Takyi who is now an international star has promised to shine at the Tokyo Olympic Games when the world settles after the pandemic.

He appealed to boxing fans and his supporters to obey the order of President Akufo Addo and wear nose and mouth masks to curb the spread of COVID-19.

He said what the two times SWAG award winners did was marvellous and promised to box to the highest level to honour him.

He also thanked the Ghana Olympic Committee (GOC) President, Ben Nunoo Mensah for supporting the Black Bombers before, during and after the Olympic Qualifiers.