Palmer Reveals Spending $49,000 To File Case Against GFA at CAS 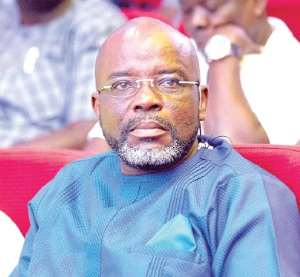 The President of Tema Youth Football Club (FC), Wilfred Osei Kwaku Palmer has revealed that he spent $49,000 to file his case against the Ghana Football Association (GFA) at the Court of Arbitration for Sports (CAS) after he was disqualified from running for the position of the president of the body.

Palmer was one of 8 persons who picked up forms to vie for the top position at the country's football governing body. At the end of a vetting process, however, he was disqualified on the ground that he failed to pay a percentage to the Ghana FA in the past for a player sale.

After deciding that it was unfair, the experienced football administrator sent the case to CAS to seek for justice. Speaking to Asempa FM on the matter on Thursday morning, Palmer says that move cost him $49,000.

“In all, I paid $49,000 dollars to CAS for the case. My goodwill is very important to me that is why I took the case to CAS", Palmer revealed.