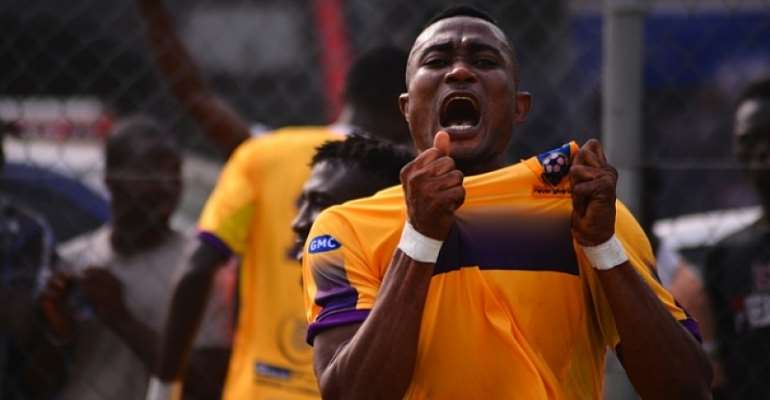 The Premier Soccer League (PSL) side after having a fairly good season in the 2019/2020 South Africa football season has set sight on improving their squad with top players.

Following fruitful negotiations, the club is on the verge of signing Prince Opoku Agyemang on a one-year loan deal from the Ghana Premier League giants.

According to sources, Medeama SC stands to earn $100,000 from the move if it is completed.

It is understood that all is set for the striker to seal the switch to Cape Town City but the Coronavirus (COVID-19) crisis remains the only standing block. In line with that, he will stay in Ghana for the meantime but will likely move to South Africa in July when the coast is clear.

Prince Opoku Agyemang has a very good goal scoring record in the Ghana Premier League after netting 11 times for the Yellow and Mauves in 13 appearances. He has been tipped to make a name for himself in the PSL.