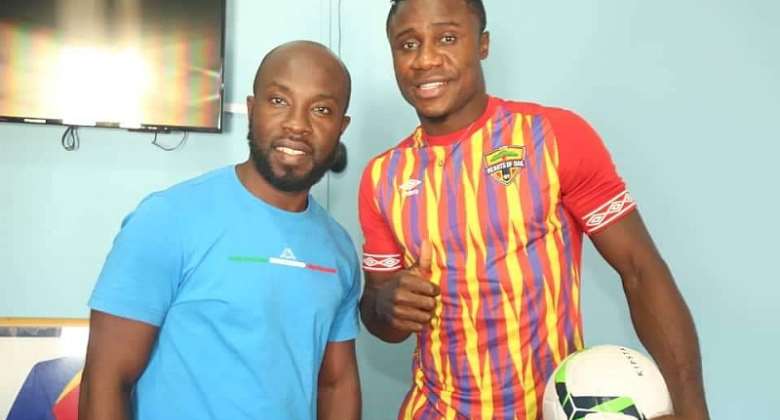 Highly-rated defender Nuru Sulley has revealed that he re-joined Hearts of Oak because he wants to repay the club for giving him the platform to take his career to the next level.

The center-back started his professional career at Great Olympics but it was with the Phobians where he came to the limelight before subsequently earning a move to join Libyan giants Al-Nasr Benghazi.

Nuru Sulley, later on, got the opportunity to play for several clubs abroad including Tala'ea El Gaish, Al-Ittihad, Alanyaspor, Al-Mina'a, and Naft Al-Junoob.

Having recently returned to Ghana, the defender has been signed by Hearts of Oak to give their squad a boost as they wait for the resumption of the Ghana Premier League.

Speaking in a recent interview, Nuru Sulley says he could have joined a different club but chose the Rainbow family because he wants to repay the club with the experience he has gathered in the last 6 years.

“Many clubs held talks with me but I chose Accra Hearts of Oak simply because they have helped me in diverse ways.

“Hearts of Oak once gave me the platform, so the time is due for me to also help them achieve their aims with the little experience I have”, he noted.