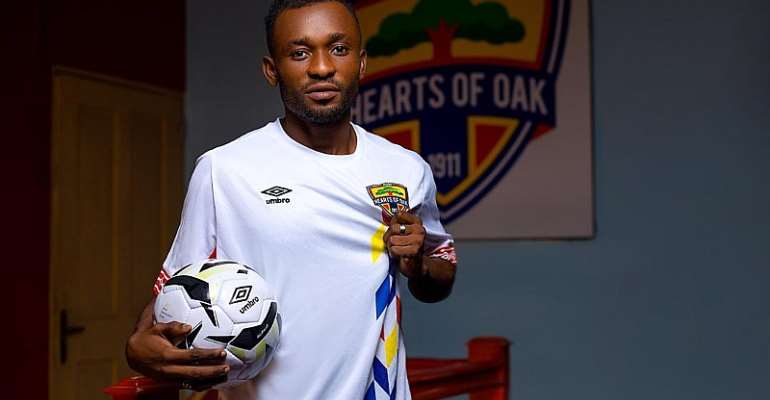 According to the trainer, he knows the player very well and believes the Phobians have secured the services of a very good and skillful player who will benefit the club.

“I have coached Hearts of Oak’s newly signed player Eric Dizan in Cote D'Ivoire. He was one of the key players at that time.

“He is a very good and skillful player. Hearts of oak have done a good signing”, Coach Frimpong Manso said in an interview with Ashh FM today.

He continued, “If you are a defender and you give him a chance he will punish you so there is no need to give him a chance as a defender. He always likes playing from the left-wing. He plays like Christian Atsu. He is a very calm player, a respectable and good player”.

Eric Dizan was announced as a player of Hearts of Oak a couple of days ago and is expected to provide additional firepower to the forward line of the club.