Manhyia Palace Calls For Ceasefire After Media Attacks On Kotoko

A letter from the Manhyia Palace, the seat of the Asantehene of Asanteman has called for all media hostilities against Kumasi Asante Kotoko to cease while indicating that it affects the integrity of the club.

Several news reports in the last couple of weeks have seen the Ghana Premier League giants and some of its officials coming under severe backlash and criticism over their legal tussle with Esperance de Tunis which has led to a hefty fine from FIFA.

As the Manhyia Palace acknowledges seeing the hostile attacks against the club and some of its officials, they say it must stop immediately.

“The Palace is deeply concerned by the acrimony and unedifying attacks upon individual officers which can only have the effect of undermining the unity and integrity of the Asante Kotoko SC family.

“Manhyia Palace calls for the immediate cessation of all media hostilities as it takes steps to deal with any issue confronting the club. Supporters and concerned patrons are assured that action is being taken to meet the obligations of the club and there is no danger of Asante Kotoko Sporting Club being allowed to suffer and consequential penalties”, the statement shared.

Meanwhile, the Manhyia Palace has also revealed that Dr. Kwame Kyei’s 3-year stay at Kotoko as the club Executive Chairman is currently being evaluated by His Majesty Otumfuo Osei Tutu II. 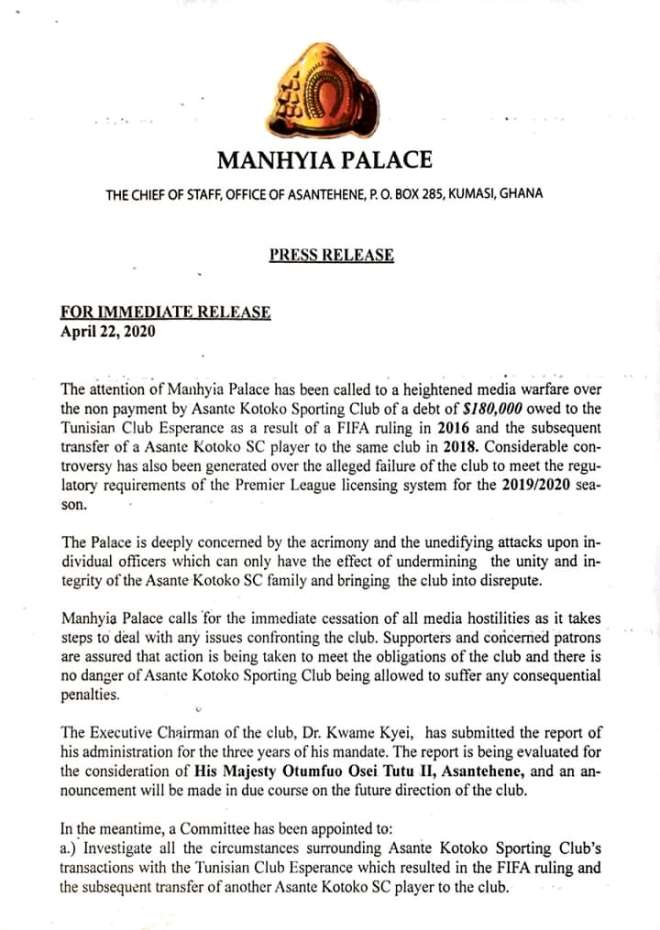 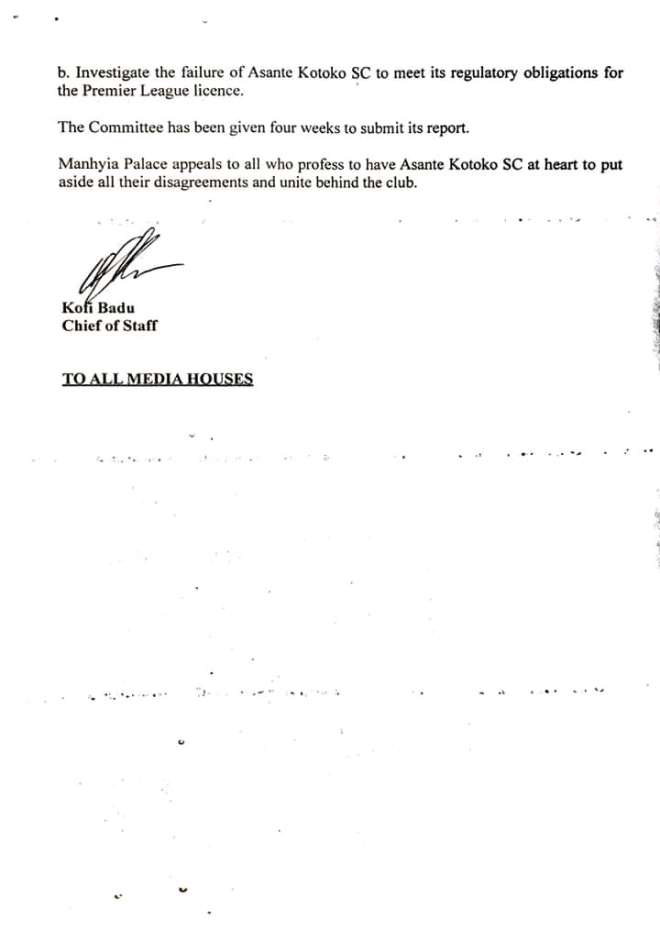