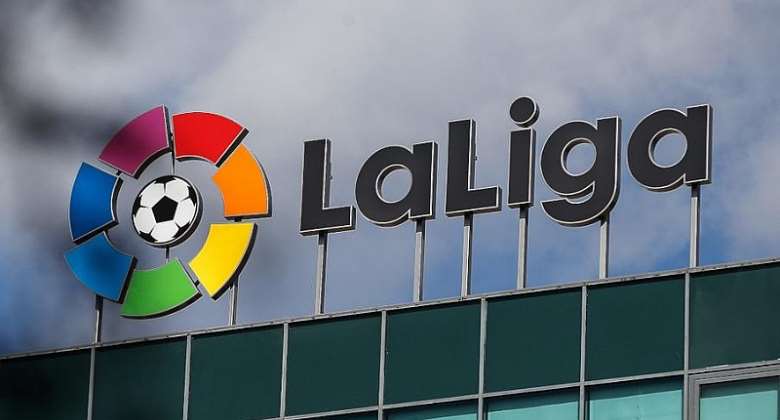 Clubs in Spain's top two divisions have agreed to give an additional €200 million over the next four years to boost Spanish sports and lower league football, the league's organising body La Liga said in a statement on Tuesday.

Since signing a collective broadcasting rights deal in 2015, La Liga has donated one per cent of its revenue to Spain's sports ministry.

It has increased this to 2.5 per cent as part of a new agreement, while it has doubled its contribution to the national soccer federation (RFEF) from one per cent to two per cent

The agreement comes after an eight-hour meeting between La Liga's president Javier Tebas and RFEF chief Luis Rubiales, who have had a long-running dispute over how Spanish soccer should be run, and the sports minister Irene Lozano.

"This agreement looks to help sport not just in these moments of crisis provoked by Covid-19 but forever," said the statement.

"This is a structural measure with no time limit which will strengthen the commitment of the professional clubs and La Liga with Spanish sport."

Many La Liga clubs have been damaged financially by the pause in football due to the Covid-19 pandemic and have enacted wage cuts, although other sports and non-professional clubs have also been hit during the national state of emergency.

La Liga's statement added that it would be contributing a total of €51 million per year to the sports ministry as a result of the new agreement, which would go towards "creating a fund to help boost organised sport, Olympic and Paralympic sports and internationalisation of sport".

The one per cent increase to the RFEF would mean an increase of €17 million, taking its total contribution to the federation to €58.7 million, which would go towards "improving infrastructure and improving the competitiveness of non-professional leagues.

The statement also said La Liga had agreed to contribute €3.3 million per season for the next three seasons to an emergency fund to help non-professional players.