All Serie A Clubs Agree That Season Should Be Completed 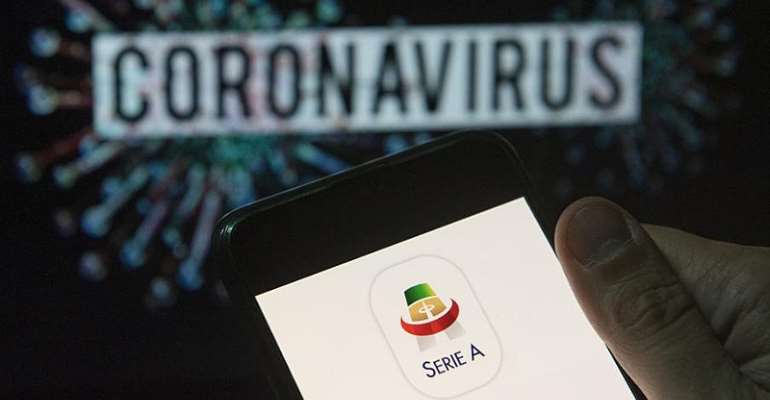 Italy's 20 Serie A teams have buried their differences and unanimously agreed that they should try and complete the 2019-20 season which is currently at a standstill because of the Covid-19 outbreak.

Previously, several clubs, including Sampdoria and Torino, had opposed carrying on while Brescia went further, saying they would prefer to forfeit matches rather than take to the field.

However, Serie A said in a statement on Tuesday that everyone now agreed they should try and finish the season, which has been suspended since March 9.

"The Serie A general assembly met this morning and confirmed, with a unanimous vote of all 20 clubs connected by video conference, the intention to complete the 2019-2020 football season, if the government allows it to take place," said the statement.

It added that the resumption of play would take place "in compliance with medical protocols for the protection of players and all professionals."

The Italian Football Federation (FIGC) has said that it wants the season to finish, even if it takes until the autumn. It hopes that teams can start training in May although there is still no indication of when, or if, the government will allow matches to be played again.

Officials from the FIGC and Serie A are due to meet government representatives on Wednesday.

The FIGC has said that, if the season was simply called off, there could be an "avalanche of litigation" from clubs who felt they had lost out.

There are still 12 of the 38 rounds of matches to play, while several teams also have outstanding matches from earlier rounds.

Juventus lead with 63 points from 26 games, one ahead of Lazio while Lecce, SPAL and Brescia occupy the three relegation spots.

Okada Business Will Keep Booming If Roads Are Not Expanded –...
45 minutes ago

Mahama Promises One TVET, One District
45 minutes ago