Roberto Martinez: Catastrophic If Coronavirus Means Season Is Not Completed 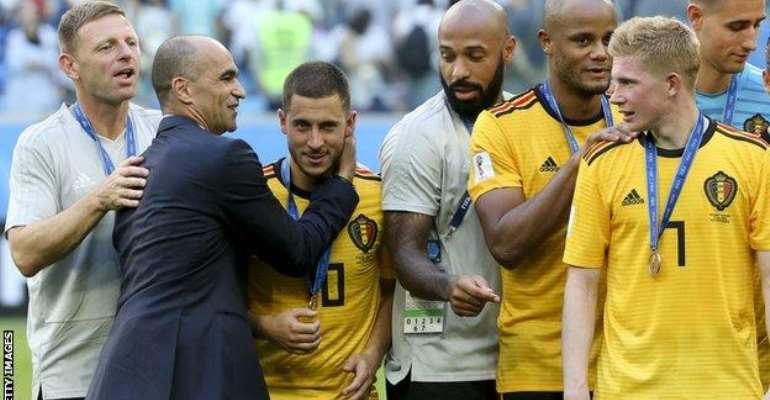 Belgium head coach Roberto Martinez believes there could be "catastrophic" consequences for clubs across Europe if domestic seasons are not completed.

The majority of European football is suspended indefinitely because of the coronavirus epidemic.

Former Everton manager Martinez says 2019-20 must be concluded, however long it takes if clubs are to avoid severe financial problems.

"I think the only solution is to finish the campaign," Martinez said.

"You need to make sure that everyone is aware there is a big risk of sending big institutions, institutions of football that have been alive for over 100 years, into a very difficult financial position. That's the reality.

"I think Uefa and Fifa have taken the right approach in prioritising domestic football.

Martinez was speaking before the Dutch Eredivisie announced it was unlikely to complete the current season because of an extension of government restrictions until 1 September.

Belgium's top division, the Jupiler League, is also set to be cancelled despite there being just one regular-season game and play-offs to be played.

But Martinez feels the Belgian approach will not work elsewhere.

"Other competitions, if they don't finish they will have to give the money back from TV rights and that would be catastrophic."

Martinez, 46, played for and managed both Swansea City and Wigan Athletic before a three-year spell in charge at Everton.

The Spaniard's focus has been the international game since he took the Belgium job in 2016, but he says football must unite to cope with coronavirus.

"This is a situation where you have got an invisible enemy and we all have to be together," he added.

"There will be different cases, as we are seeing in different federations [where] they are preparing for an option of playing with no public.

"Another option is to play away, somewhere that is safe, and do it as a World Cup format.

"Another is to try to extend the season. That would be very complicated unless it comes from Uefa or Fifa and they [fit in] with the Qatar World Cup in 2022.

"I don't think anyone can give you the decision now because we don't know what the situation will be. We need to be safe and we need to be sane and then we can speak about football."

Belgium have not played since completing their Euro 2020 qualifying campaign with a 6-1 win over Cyprus in November 2019.

Two friendlies in March were postponed because of coronavirus while the European Championship has been put back to 2021.

Martinez, who led Belgium to third at the 2018 World Cup, says there was no choice but to delay Euro 2020.

"It had to be done to give an extra five, six weeks to the domestic competitions to finish," he said.

"If you assess what's happening with the Belgium national team, it's that we had a perfect qualification campaign. We were the best in qualification with 30 points out of 10 games.

"We felt we were physically and mentally in a very good moment to go into a big tournament.

"Now that's not the next stage. We need to use the Nations League and the March campaign to try to qualify for the World Cup as preparation for the Euros. You need to look forward and be positive."