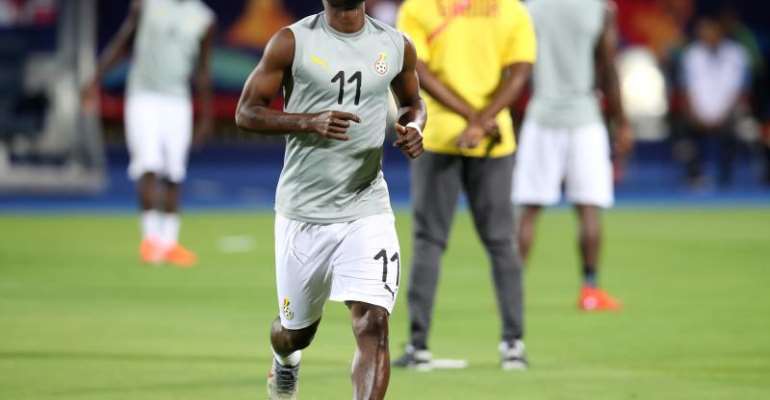 Ghana midfielder, Mubarak Wakaso has taken a swipe at the two major political parties in the country, the New Patriot Party (NPP) and National Democratic Congress (NDC) accusing them of being the reason why Black Stars has failed to win a trophy since 1982.

Ghana has not won any major trophy since 1982 in Libya.

According to the midfield kingpin, partisan politics has caused more harm to football in West African country opposition parties do not wish the success of the team.

Wakaso says most factions at the Black Stars were masterminded by the NPP and NDC because the ruling party will claim the glory for such feat.

"I will speak the truth today. Do you know our problem with the game?... Maybe we know but we don’t want to say it," the Jiangsu Sunning midfielder told Angel TV.

"But I think politics ruin the Blacks Stars at times.

"When NDC is in power, NPP doesn’t want us to win and vice versa," he concluded.

Wakaso has been an integral member of the senior national team of Ghana after making his debut appearance at the 2013 Africa Cup of Nations.

He has capped 58 times with twelve goals to his credit.