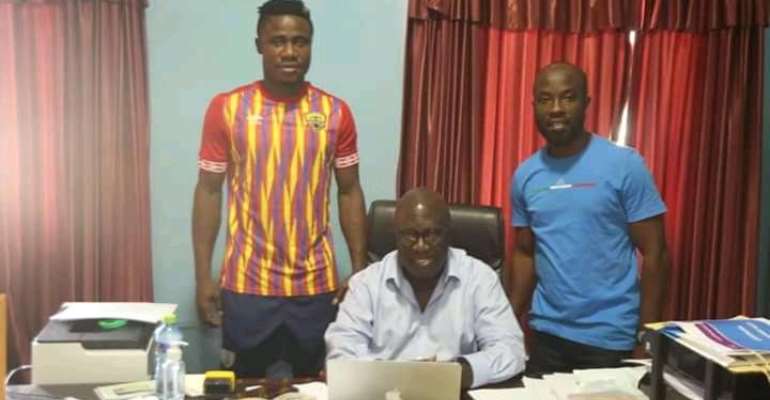 Modernghana Sports can report that defender Nuru Sulley has completed his sensational return to Hearts of Oak.

The center-back played for the Ghana Premier League giants from 2011 to 2014 before he secured a transfer to join Libyan top-flight club Al-Nasr Benghazi.

After 6 years playing for clubs outside the country, Nuru Sulley has made a return to Hearts of Oak where he has inked a 2-year contract.

The 27-year-old center-back who can also play as a defensive midfielder is joining the Phobian family as a free agent after seeing out his contract with his last club, Naft Al-Junoob.

Due to the suspension of the 2019/2020 Ghana Premier League season, he is not expected to meet his new teammates now but will join them for training when the government lifts the ban on public gathering.

Nuru Sulley becomes one of the many players who have been signed by Hearts of Oak in anticipation of the resumption of the football season. The others include Isaac Mensah, Danjuma Kuti, Abednego Tetteh, Eric Dizan and Abdourahamane Mamane Lawali.