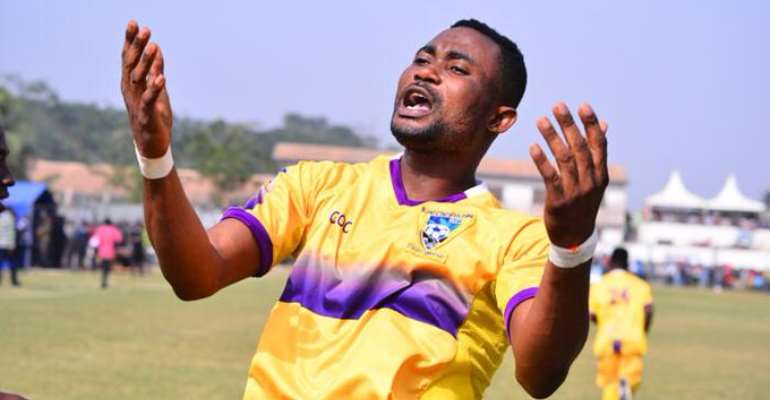 The forward who is playing his first season in the Ghana Premier League has been outstanding for the Yellow and Mauves since the campaign started and looks to have caught the eye of the Premier Soccer League (PSL) club.

Report according to Fox FM has revealed that the club is in talks with Medeama SC and is on the verge of agreeing to a season-loan loan deal for Prince Opoku Agyemang.

Cape Town City is confident the striker has the quality to add the needed firepower to their attack and wants to seal the deal as soon as possible.

The club sits 10th on the suspended 2019/2020 PSL league table but is optimistic about climbing higher with the addition of the Ghanaian goal poacher.

Prince Opoku Agyemang, 27, scored 11 goals in 14 appearances in the Ghana Premier League before it was suspended as a precautionary measure against the spread of the Coronavirus (COVID-19) disease.