Asamoah Gyan Opens Up On Dream To Become A Coach 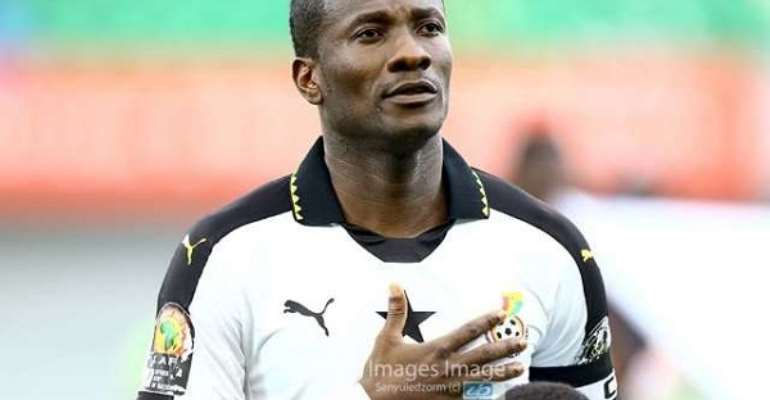 Ghana’s all-time top scorer, Asamoah Gyan has revealed that it is his dream to get into coaching when he finally retires from actively playing football.

The celebrated striker started his career as a professional player in 2003 where he signed for Ghana Premier League side Liberty Professionals.

Following an explosive campaign with the Dansoman-based club, the forward earned a move to Italy to play for Udinese before subsequently getting the opportunity to play for some of the best teams in the world.

At age 34, Asamoah Gyan has accepted that he is headed for retirement even though he insists he still has a couple of years to play.

Speaking in an interview with TV3’s Juliet Bawuah, the former Sunderland striker has disclosed that he is confident he will be a good coach and will hence get the needed license when he finally hangs his boots.

“Honestly I will try and get a license in coaching because I have the IQ in coaching. I know how to coach. For me, I can be a very good coach but I need to go through the processes”, Asamoah Gyan noted.

He added, “I have to combine everything. Honestly, I really like Cosmin Olariou, the coach who coached me at Al Ain. He is a Romanian, he’s not well known in Europe.

“And then I learned a lot from Zlatko (Dalic) the one who took Croatia to the final (at the World Cup 2018) He was my coach in Al Ain”.

Gyan has played for 10 clubs at the top level and boasts of a very illustrious career with the Black Stars as well. Looks like fans will be seeing more of him even after he retires.