Coronavirus: Agyemang Badu Vows To Help Fight Virus In Ghana Till It's Gone 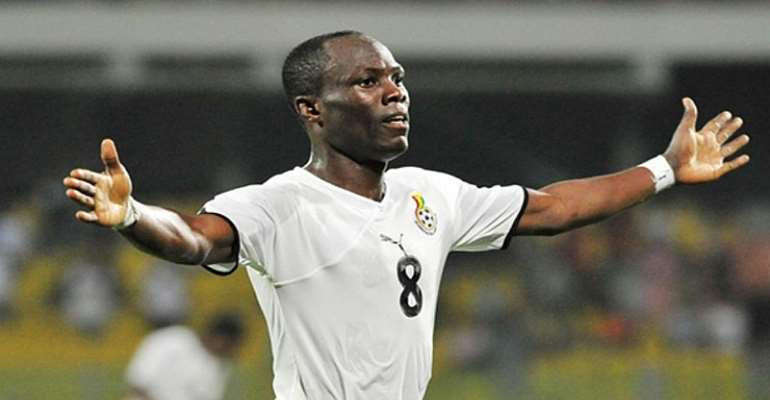 Ghana and Hellas Verona midfielder, Emmanuel Agyemang Badu has vowed to keep supporting the fight of COVID-19 in Ghana until the disease is eradicated.

Badu who plays in Italy recently revealed how scary its to be in Italy following the outbreak of disease.

He stated that he has donated some PPE to hospitals in Kumasi and Berekum and has also made some items available to the police as well.

According to him, he knows how desperate the situation globally is and says he intends to do everything he can to support the efforts in his home country.

“I’m in the middle of this pandemic here in Italy, so I know how people are struggling and suffering. This is the time for me to help," he said.

“I bought some masks, gloves and sanitizers for a hospital in Kumasi – the women and children’s ward. And I played in Berekum for a long time, so I bought some for the hospitals there, and for the police and Muslim community.

“And in the village, I was born, I donated a lot of stuff to the police and the hospitals. They’re saying prevention is better than cure, so I wanted them to have these things to be safe and be very careful of this dangerous virus.”

Ghana currently has 1,042 confirmed cases with nine deaths but a three-week lockdown which was imposed to curb the spread has since been lifted.

Badu insists that he will continue to send more items to the country in order to help contain the spread.

“The numbers are increasing, so next week I need to send some more stuff to hospitals. We will keep doing it until we see this virus is gone. I am in the middle of it here and I know how much I’m struggling here so we all need to help and take care of people in Africa.”

A number of other Ghanaian players have donated to the efforts as well including Inter Milan player Kwadwo Asamoah.

However, the Ghana Football Association has also offered the Ghanaman Soccer of Excellence facility for use as an isolation centre.