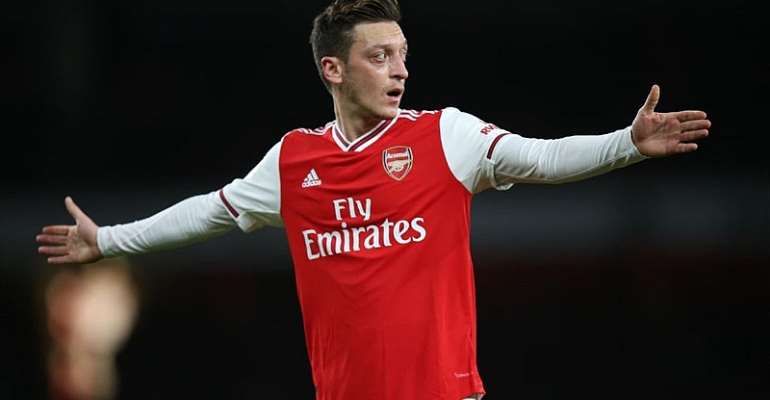 Mesut Ozil is reportedly one of three Arsenal players who have refused a 12.5 per cent pay cut.

The Gunners announced on Monday that they are the first Premier League team to reduce pay for players due to the coronavirus pandemic.

Ozil is Arsenal’s top earner on a reported salary of £350,000-a-week, but according to the Daily Mail, he is unconvinced of the need for pay cuts rather than deferrals.

It is stated he may be willing to take a pay reduction in the future but wants to see the full financial impact of the coronavirus before making a decision.

He is also reportedly open to accepting a deferral worth more than the 12.5 per cent pay cut his team-mates have taken.

“Deferral is an option but not to agree a cut today when the clubs may still make the same profit as last year," he said.

“What the exact financial impact is on the clubs, we can see three to six months later - but we can’t see it today.”