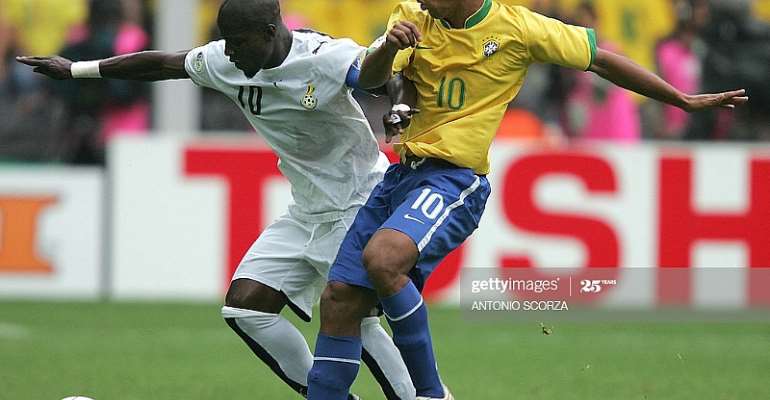 Former Black Stars captain, Stephen Appiah has opened up on Ghana’s World Cup round of 16 game against Brazil in Germany 2006 describing it as exciting.

After beating USA 2:1 in Nuremberg in the final group game, Ghana book a place at the Round of 16 stage in their debut appearance at the World Cup against Brazil.

According to the former Juventus midfielder, the players were excited they were going to play against almighty Brazil at the tournament.

Brazil at the time had the likes of Ronaldo, Ronaldinho, Adriano, Kaka, Rivaldo and a host of other stars in their team.

“We were excited we were going to play against Brazil at the 2006 World Cup," Appiah told GTV Sports Plus.

"We were excited because we were going to face the best team and to also showcase ourselves to the world”, h added.

The Black Stars lost that game by 3-0 to exit the competition at the Round of 16 stage.

Fuel price increases: Akufo-Addo, Bawumia callous about the ...
54 minutes ago

Cape Coast Airport will be constructed at all cost - Akufo-A...
54 minutes ago