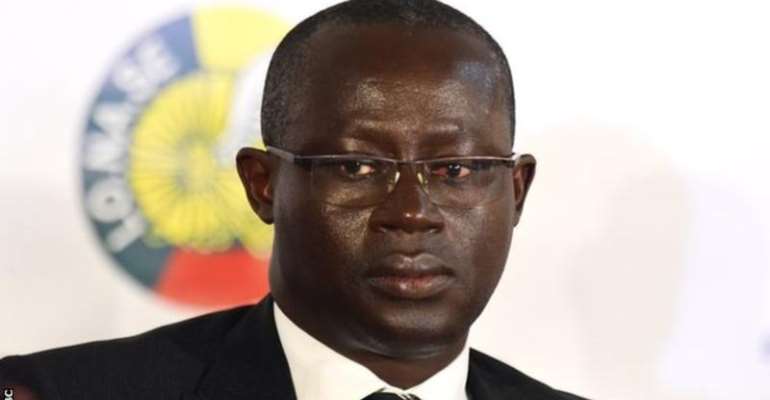 The president of Senegal's football federation, Augustin Senghor, has told the BBC it will be "impossible" for the 2021 Africa Cup of Nations to take place if qualifying cannot be completed.

Senghor says he is "very concerned for the future" and has called for a "world plan" to help reorganise the global football calendar in the wake of the coronavirus pandemic.

The crisis led to the latest Cameroon 2021 qualifiers being postponed last month and Senghor said the tournament may not be able to start in January as planned.

"We need many Fifa windows to complete the qualifiers. And if we don't play in June or in August I think it will be impossible to play the Afcon in January," Senghor told the BBC World Service's Newsday programme.

"The executive committee of Caf [Confederation of African Football] will have to take a decision which would almost certainly be to postpone. Nobody can do anything if the conditions are not fulfilled.

"Nobody in the world can say that in September or November we'll have won the battle against coronavirus which is why it's very difficult to give a serious opinion on this matter. But what is important is that in this time we see if we can finalise the qualifiers."

There are still four rounds of group matches to be played in qualifying for the 2021 Africa Cup of Nations, which is set to take place in Cameroon from 9 January to 6 February 2021.

The postponement of football across the globe has also left domestic football in a state of limbo. Senegal's local competitions still need to be completed and Augustin Senghor says a joint effort is now needed to help get schedules back on track.

"It's not something only we can decide - we need to have consultation with Uefa and Fifa to know what's best for football in the world. We have to organise a world plan to postpone or reorganise the football calendar agenda for the next months or the next years.

"If we have to postpone all the competitions and reorganise the football agenda, we'll have to do it despite the interests of one party or another amongst the football associations."

Senghor says the uncertainty about when it will be safe to start playing football again has had a deep financial impact on the game in his country.

"The clubs are asking for help from the FA and the state government and we are waiting for an answer from the government.

"Our federation finances all the competitions in the country and when we stopped, we had had many expenses from the first half of the championship. But now all is stopped and it will be very very difficult to find finance to play again when we have the end of the epidemic. That is why I am very very concerned with the future."