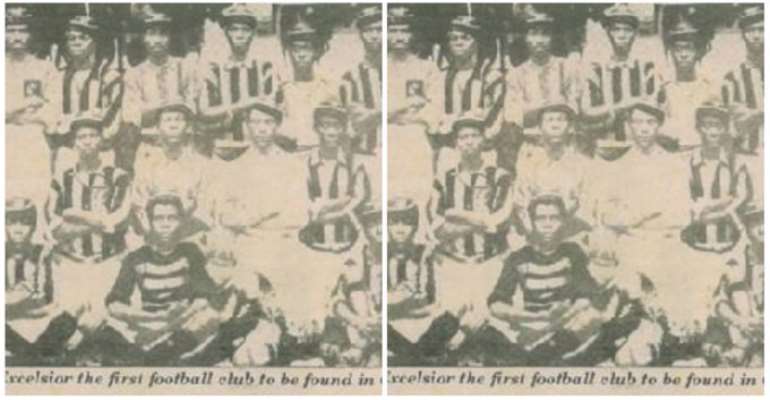 History has it that Cape Coast is the birthplace of football in Ghana and the credit goes to students of the local Government Boys School.

Inspired by a Jamaican Headmaster, Mr Briton, the students were already sporting conscious of playing cricket and tennis. The enthusiasm with which the students followed sports was fantastic.

In 1903, backed by the sports enthusiast headmaster, a group of 22 keen pupils of the Cape Coast Government Boys School embarked upon a secret training course in footballing.

The young lads trained mostly in the night when the full moon was on at the Victoria Park, then a well- kept place for official ceremonies.

After three months of night practices held under the moonlight, the boys, who named their new club “Excelsior,” decided to go public.

On 26 December, the 22 split into two teams for an exhibition played on a pitch marked out in Victoria Park, complete with goals.

Although the match was played without any set rules the excited crowd cheered throughout and thoroughly enjoyed themselves as they watched 22 youngsters running around and kicking a globular object.

With the warm reception received the young boys of Excelsior intensified their training and soon their popularity spread beyond Cape Coast.

Come carry Mahama’s E-block away if you won’t open it and gi...
30 minutes ago