KP Boateng Hints At Staying With Fiorentina Next Season 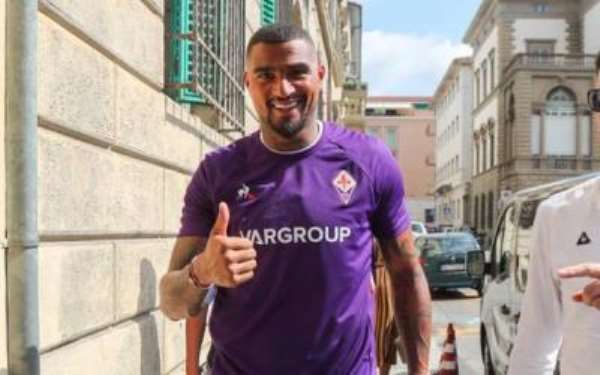 Kevin-Prince Boateng has hinted that he could stay and play for Fiorentina next season after confessing his love for the city of Florence and the support from the club as well.

The German-born Ghanaian forward joined the Viola club in the last summer transfer window in a move that saw him part ways with Sassuolo after he had returned from an uneventful loan stint at FC Barcelona in the Spanish La Liga.

Having arrived at the Italian Serie A club with a lot of expectations, he failed to make an impression after suffering injury setbacks in most parts of the first round of the campaign.

In the winter transfer window, he was signed by Turkish Super Lig club Besiktas on a 6-month loan deal. There, he found his feet again and managed to score twice in 6 appearances.

Due to the suspension of the football season, he has returned to Italy with his loan deal with Besiktas set to expire at the end of June 30, 2020.

Despite coming close to securing in a permanent move to stay in Turkey with the Black Eagles, it looks like KP Boateng wants to stay with Fiorentina next season to prove a point.

In an interview with SportWeek magazine, he has stressed that he has not said he is leaving the club for sure.

“Florence? I have not said that it is over. I have the city in my heart, everyone treated me well and I felt at home”, the former AC Milan superstar said.

KP Boateng’s future remains uncertain but it is understood that he will make a decision before the summer transfer window comes around.