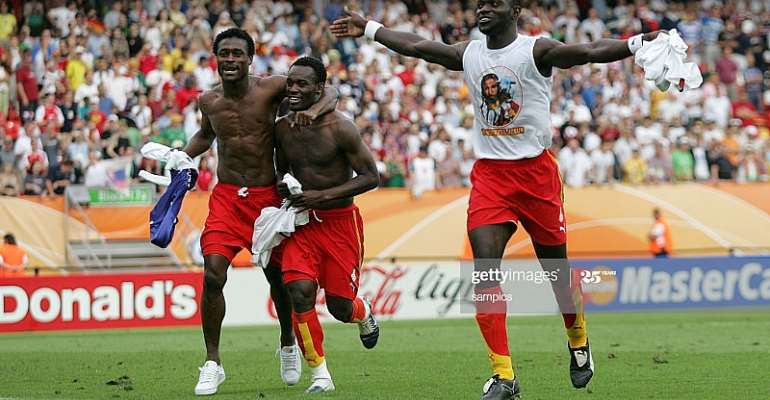 Former Ghana captain, John Mensah has finally lifted the lid on how they managed to beat the USA in Germany.

Following Black Stars 2:0 win against Czech Republic, Ghana needed to beat the United States to book a place the Round of 16 of the competition.

However, Haminu Draman and Stephen Appiah propelled the team to win in a grand style to book a place in the Round of 16 for the first time in the history of the country.

And according to the former Sunderland defender, Ghanaian citizens in the United States inspired the team to beat USA.

"Ahead of the game, we were certain of beating USA," he told GTV Sports Plus.

"We lost to Italy and were confident Czech Republic cannot play like the Italians. Czech Republic were then 2nd best team in the world and we were able to beat so were in high spirit against USA.

"Ghanaians who were in the States called us in our dressing room and inspired us and we went into the game with determination and we won," he added.

The Black Stars lost to Italy in their opening group game.

Ghana, unfortunately, were kicked out of the tournament losing 3:0 to Brazil in the Round of 16 stage.

Your God-fearing attitude, refusal to tenaciously cling to p...
11 minutes ago