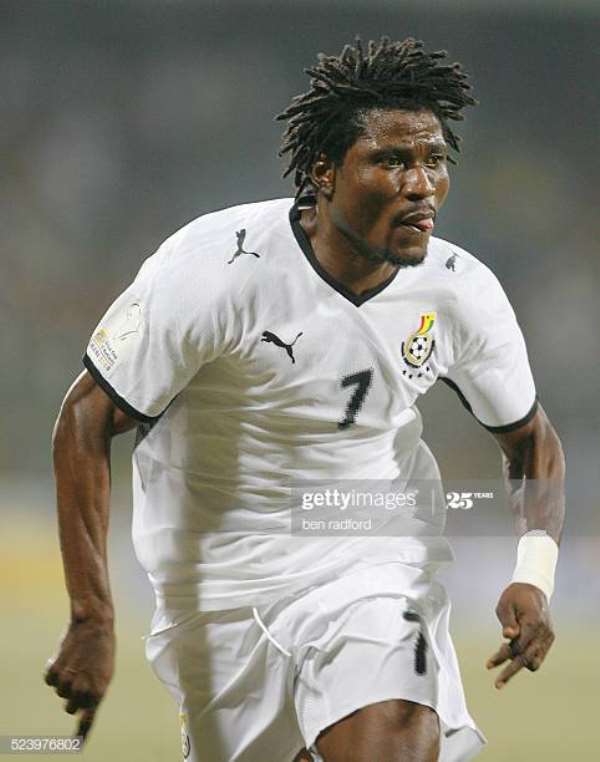 Stephen Appiah, a former Black Stars captain has revealed that players were left unhappy following Ratomir Dujković's decision to drop Laryea Kingston ahead of the 2006 World Cup in Germany.

Kingston, 39, was a kingpin to the team during the qualifiers was surprisingly dropped from Ghana's squad for the Mundial in Germany.

According to Appiah, the players were amazed by the decision of the coach adding that the Black Stars players argued that the team would have looked different with Laryea Kingston's inclusion.

"When the news came to us, we felt very sad especially me because he was my roommate," Appiah told GTV Sports Plus.

"I remember the players were arguing that Laryea's inclusion would have given th team a different dimension during our camping ahead of the tournament but that was the decision of the coach and you can't contest it.

"Laryea was a good player and we all enjoyed playing with him but it was just unfortunate that he never played World Cup," he added.

However, Laryea Kingston was also dropped from Ghana's squad ahead of the 2010 FIFA World Cup in South Africa by coach Milovan Rajevac.