Failure To Win A Trophy Is Worries Me, Says Asamoah Gyan 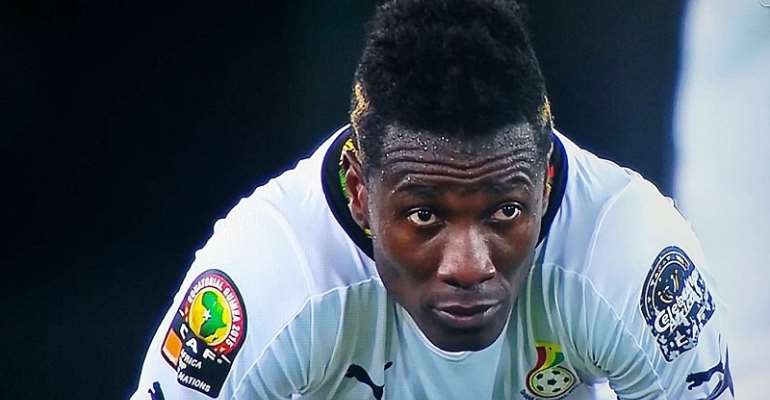 Former Black Stars captain, Asamoah Gyan has admitted it is a failure on his part for failing to win a trophy with the senior national team.

Gyan, 34, has been playing for the Black Stars since 2003 but is without a gold medal, though having come very close a couple of times.

Since his debut, Gyan has made it to two Africa Cup of Nations finals in 2010 and 2015 but lost both at the hands of Egypt and Ivory Coast respectively.

“Not winning a trophy with the Black Stars bothers me. Since 2003, I’ve gotten a bronze medal and silver; I want the gold, which I don’t have.

"So that is what bothers me until now and that is what I want to achieve,” Gyan said in an interview with TV3’s Juliet Bawuah.

The former Liberty Professionals and Sunderland striker has had a huge impact on the team since his debut and is currently Ghana’s all-time leading goalscorer with 51 goals.

He scored Ghana’s first-ever World Cup in 2006 and is the African with the most goals (6) in the World Cup history.

However, it remains to be seen if he will be given the opportunity to win the trophy with the Black Stars.

He has not been called up since the Africa Cup of Nations tournament in Egypt last year.

Gyan is Ghana’s most capped player with 109 appearances.