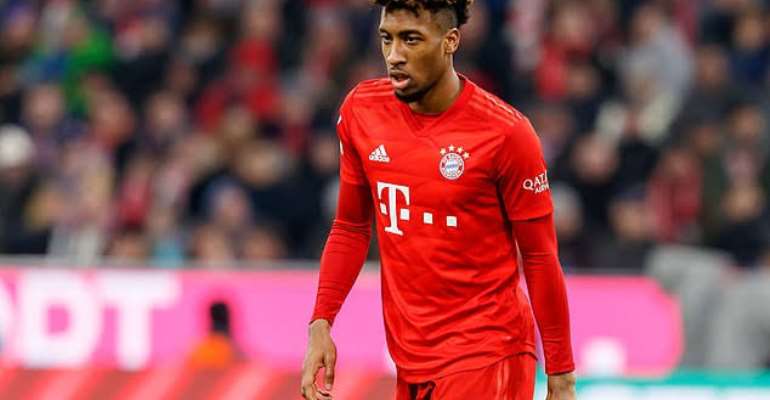 Bayern Munich winger Kingsley Coman has apologised and is facing a fine from his club after driving his McLaren 570S Spider to training.

The Frenchman turned up in the McLaren despite club rules forbidding players to drive cars from brands outside of the Audi family, with the German automobile manufacturer owning an 8.33 per cent ownership stake in Bayern.

Audi is a member of the Volkswagen Group, which also encompasses models such as Bentley and Porsche.

Coman has apologised to his club for driving the forbidden vehicle, saying that his Audi was in the shop.

“I would like to apologise to the club and Audi for not having come to training in my company car,” Coman said to Bild.

“The reason was a damaged wing mirror on my Audi. Still, that was a mistake, of course, I can see that.

“As a reparation, I will visit the Audi plant in Ingolstadt for an autograph hour as soon as possible and bring some attention to the employees.”

Coman could face a financial penalty for his automotive choice, as Bayern sporting director Hasan Salihamidzic reportedly warned players earlier this season that they would face a €50,000 fine if they do not arrive at the training ground in a vehicle from a brand that is part of the Volkswagen Group.

Bayern have joined every other Bundesliga and 2. Bundesliga side in returning to the training pitch during the coronavirus crisis, though sessions are limited due to players continuing to follow social distancing guidelines.

Bundesliga CEO Christian Seifert said last week he was hopeful clubs could return to action behind closed doors by early May, but that outcome now appears unlikely after government talks this week.

Chancellor Angela Merkel met with Germany’s 16 minister presidents on Wednesday, but the Bundesliga’s return was not on the agenda as expected, meaning a decision will be delayed.

The discussions did result in a decision to ban large-scale public events in Germany until August 31, which will likely rule out the possibility of Bundesliga teams playing in front of fans until the 2020-21 season at the earliest.

The Bundesliga has been suspended since March 13, with first-place Bayern currently holding a four-point advantage over Borussia Dortmund.