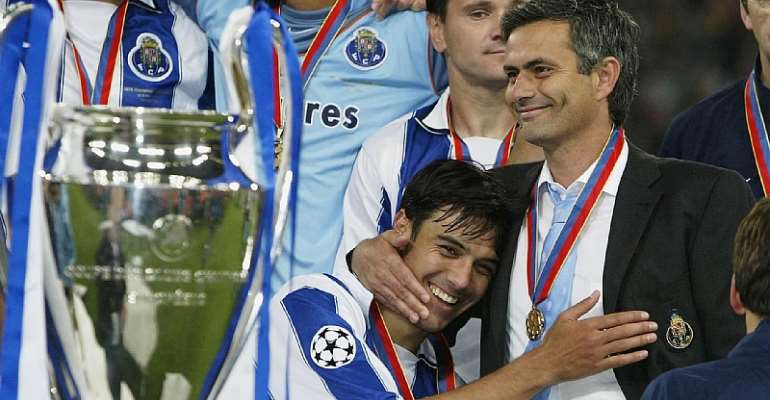 Manchester United blocked Jose Mourinho from making a return to Porto in 2016, claims Pinto da Costa, with the Red Devils refusing to sanction a short-term deal for a coach they already had lined up to succeed Louis van Gaal.

The decision to replace the Dutchman with the Portuguese was taken at Old Trafford some time before a change in the dugout was actually made official.

Mourinho committed to a contract with the Red Devils and had to wait patiently before being able to take over.

He was offered the chance to head back to familiar surroundings for the closing weeks of the 2015-16 campaign, with Porto looking to put an emergency deal in place.

Porto president Da Costa received a green light from Mourinho, who had previously tasted UEFA Cup and Champions League success at Estadio do Dragao, but United stepped in to scupper those plans.

He told the club’s official YouTube channel of what could have been a notable coup for the club: “We were without a coach in the middle of the season.

“I approached Mourinho, who had a contract with Manchester United but he was only going to start the following season, and asked if he could come until the end of the season before his move to Manchester.

“It seemed impossible. But not for him, he said yes.

“There was a cup final at the time, a league cup final and he said he was coming.

“And when we were thinking it was possible, Manchester United did not authorise it as they argued that we could be opponents in a European competition.

“But a lot of people ignore the fact that, without any conditions, Mourinho was available to spend half a season at Porto in an emergency.

“It is a fact that is unknown, but it shows the affection he had [for the club].”

Mourinho went on to make an instant impression at United, with three pieces of silverware collected in his debut campaign.

The wheels soon started to come off, though, and he was relieved of his duties at Old Trafford in December 2018.

He is now back in the Premier League with Tottenham, having previously taken in two stints at their London rivals Chelsea, while Ole Gunnar Solskjaer is calling the shots with the Red Devils.