Ronaldo Is Not At Messi's Level, Says David Beckham 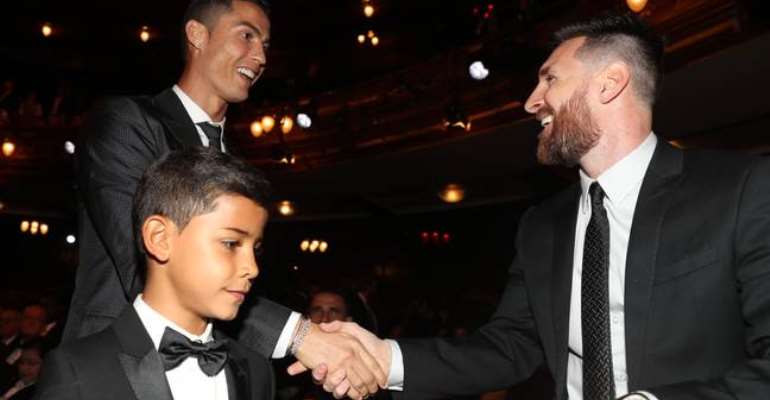 Lionel Messi is a level above even Cristiano Ronaldo, says Manchester United legend David Beckham, with the Barcelona superstar considered to sit in a class of his own.

Many share that opinion of the mercurial Argentine forward, with his exploits at Camp Nou continuing to amaze and raise the bar of individual excellence.

Eternal rival Ronaldo is the only player to have got close to Messi, with the pair having split 11 Ballons d’Or between them.

The Portuguese, currently starring for Juventus, does boast many qualities in his game that Barcelona’s captain lacks, with the 35-year-old all about physicality and relentless ambition.

Messi, though, has captivated audiences with his mazy dribbling and audacious finishing for the best part of 16 years, with a remarkable return of 627 goals recorded for the Blaugrana in that time.

For former England, captain Beckham, who passed on the No.7 shirt at United to Ronaldo and also preceded him at Real Madrid, South American flair wins out over Portuguese power.

He told Telam: “He [Messi] is alone in his class as a player, it is impossible that there is another like him.

“He, like Cristiano Ronaldo, who is not at his level, are both above the rest.”

Beckham briefly shared a Champions League stage with Messi towards the end of his own distinguished playing career.

The former LA Galaxy midfielder was on the books at Paris Saint-Germain by that stage, as he prepared to hang up his boots in France.

PSG were paired with Barca at the quarter-final stage of Europe’s premier club competition in 2013, with the Catalan giants eventually progressing on away goals after a 3-3 stalemate over two legs.

Beckham’s side were ahead at one stage during their visit to Camp Nou, but Messi stepped off the bench in that game and Pedro snatched what would prove to be the decisive effort in a thrilling tie.

“We were leading before Messi came in, and once he came in, Barcelona scored,” Beckham said.

“Although I enjoyed playing at that level at my age, I do not like to lose.

“Our team played well. In both matches, we did things we should be proud of.

“We didn't lose against Barcelona, and that is something that should motivate us.”