I Went To Spain Without An Aim, Says Ghana's Kevin Prince Boateng 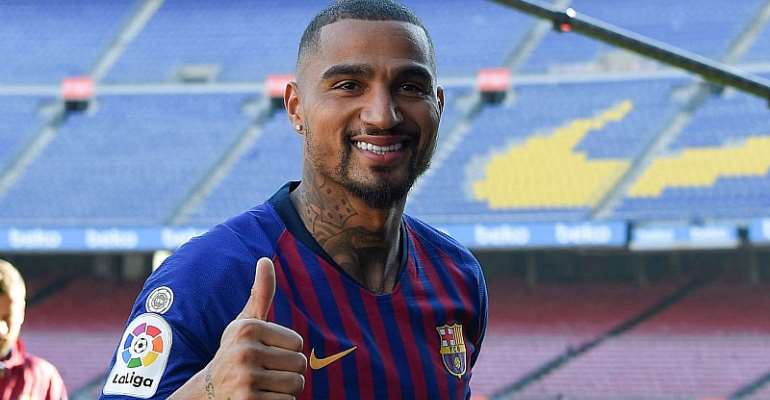 Ghana international, Kevin-Prince Boateng has said he went to Spain without an aim adding that he "just wanted to have fun".

Boateng, who currently plays for Besiktas scored 10 goals in La Liga as the Gran Canaria outfit finished an impressive 11th having gained promotion from the second tier for that season before joining Eintracht Frankfurt.

"In Spain, I was at a point in my career that everyone was wondering how I was," Boateng said in an Instagram Live session with Thierry Henry.

"I went there without a goal, I just wanted to have fun and play football. When it becomes work, football loses a little love.

"I asked where Las Palmas was and when they replied Gran Canaria, I thought "but are they holidays or football?"

However, Boateng joined US Sassuolo after just a season with Frankfurt.

Following his impressive output with the Serie A side, the former AC Milan star made a shock move to FC Barcelona on a six months loan with an option of making the deal permanent.

He became the first Ghanaian to feature for the club, playing four times and winning the La Liga title.

"Barcelona is fantastic, I was 32 years old, I was back on the big stages. It was unbelievable," Boateng continued.

"When I signed I had the car keys with my name, then I had the press conference.

"The only player who can win all the games is [Lionel] Messi."

Boateng is presently on the books of Turkish Super Lig side Besiktas, on loan from Serie A outfit Fiorentina.

Fuel price increases: Akufo-Addo, Bawumia callous about the ...
16 minutes ago

Cape Coast Airport will be constructed at all cost - Akufo-A...
16 minutes ago