'I Wish I'd Enjoyed Those Moments More,' Murray Tells Djokovic 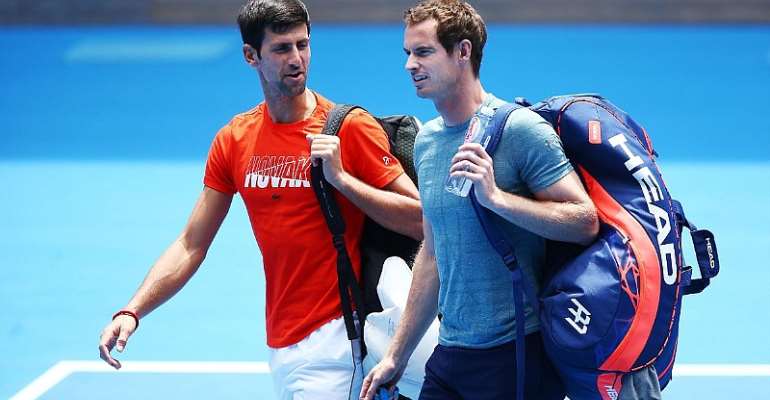 Andy Murray told friend and rival Novak Djokovic that he wishes he had enjoyed more of the great moments of his storied career as the pair chatted on Instagram Live.

"I do wish that I'd enjoyed those moments more. When you see that the end is coming, I feel like I should have enjoyed the wins and the big matches - even some of the ones you lost that were great matches, because for sure you'll miss it when it's not there."

Djokovic agreed, adding, "Because we're constantly in a high-intensity focus...it's hard to sit down, be present and be fully immersed in whatever experience you're having."

The two talked about their rivalry, with Djokovic saying that he thought one of the best matches the pair had played against each other was Murray's semi-final victory at the 2012 Olympic Games en route to his gold medal.

"Of course I was devastated when I lost...but I was happy with the way I played," he said. "The whole tournament, you played fantastic."

"My memory was that the conditions were really difficult, it was pretty windy," replied Murray, who said that he had not remembered the match as being a particularly good performance. "It's not always the reality, what was going on!"

The duo reminisced about their first-ever encounter in juniors, with Djokovic laughing: "You blew me off the court!"

And they put together their perfect tennis player from those currently competing on tour - agreeing that Nick Kyrgios and John Isner were the best servers, that Roger Federer was the best volleyer, and that Rafael Nadal was the strongest mentally.

The pair discussed their new routines under lockdown - and agreed they were enjoying spending more time with their children rather than travelling the world.

Djokovic revealed he was in Spain with his family.
"We can't complain, obviously," he said. "There's a lot more people around Europe who are struggling being in an apartment. We have a house with a nice garden...we are very fortunate and grateful to be in this position."

"I've got to see my kids do things for the first time that usually you miss," added Murray, although he admitted that home-schooling was proving tricky. "Trying to teach them stuff is difficult! They don't want to listen to their parents."

In a touching moment, Djokovic thanked Murray for inviting him to stream, saying: "I don't feel like we've had many of these chats...We just couldn't be too close, I guess and share a lot of things, but it's interesting to reflect and go back in time on how we have observed and felt about certain matches.