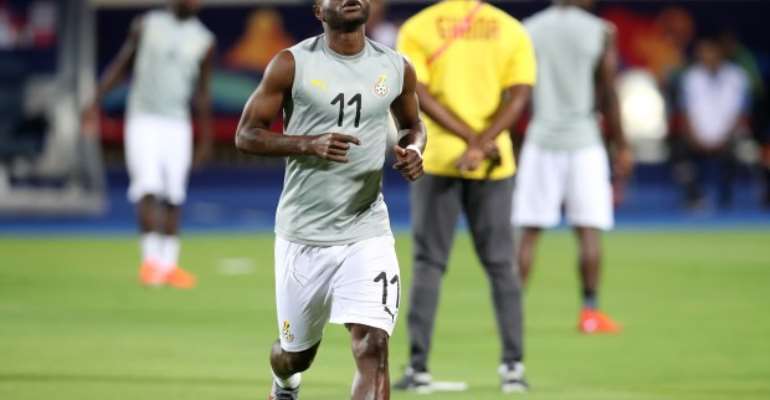 Ghana midfielder, Mubarak Wakaso has revealed why he couldn’t hold his tears after Ghana exited from the 2019 Africa Cup of Nations, hosted in Egypt.

The four-time African champions who were hoping to end it 38 years trophy drought.

However, the Black Stars suffered an elimination after losing 5-4 on penalties to the Carthage Eagles of Tunisia after sharing spoils in regulation time at the Round of 16.

After the matches, the former Las Palmas midfielder was seen crying uncontrollably.

“Sometimes people understand what we the players want,” he told Angel TV in an interview.

“We were confident of winning the trophy ahead of the tournament but our exit was a shock to me.

“The players gave everything on the pitch but we failed to progress against Tunisia.

Despite Ghana exiting from the tournament, the 29-year-old was named Man of the Match.