Coco Gauff Reveals That Hype And Pressure Led To Depression 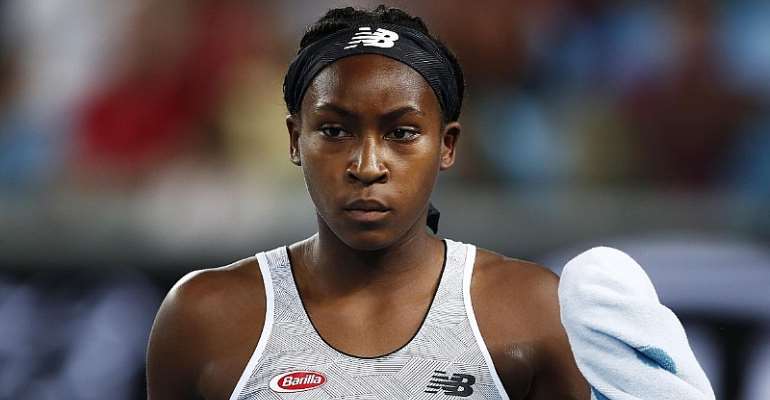 Teenage tennis star Coco Gauff has discussed the pressures and difficulties placed on her as a result of her sporting success, creating a "dark mindset".

The 16-year-old is the youngest player in the women's top 100 and rose to prominence when she beat five-time Wimbledon singles champion, Venus Williams, in the opening round of the slam last year.

Writing a first-person piece for Behind the Racquet, Gauff discussed taking a year out from the sport, her struggles with depression and the constant comparisons between herself and the Williams sisters.

Despite talking about getting her head around African American children “picking up a racquet because of me”, she also details why the comparisons with Venus and Serena are “unfair”.

Image credit: Getty Images
She says: “I am not at their level yet. It just doesn’t feel right yet, I still look at them as my idols. With all their accolades I shouldn’t be put in the same group yet. I feel like I wouldn’t even have the opportunity to be at this level without them. I would never have even thought about joining tennis, without them a part of it, since there were very few African Americans in the sport.”

The Florida-born teenager received a wildcard to join Wimbledon in 2019 and went onto the fourth round after beating the elder Williams sister. Each one of Gauff’s games was the most-watched of the day in her home country.

She continues: “Right before Wimbledon, going back to around 2017/18, I was struggling to figure out if this was really what I wanted. I always had the results so that wasn’t the issue, I just found myself not enjoying what I loved. I realised I needed to start playing for myself and not other people.

“For about a year I was really depressed. That was the toughest year for me so far. Even though I had, it felt like there weren’t many friends there for me. When you are in that dark mindset you don’t look on the bright side of things too often, which is the hardest part. I don’t think it had much to do with tennis, maybe just about juggling it all.

Coco Gauff
Image credit: Eurosport
“I was just lost. I was confused and overthinking if this was what I wanted or what others did. It took many moments sitting, thinking and crying. I came out of it stronger and knowing myself better than ever. Everyone asks me how I stay calm on court and I think it’s because I accepted who I am after overcoming low points in my life. Now, when I’m on court, I am just really thankful to be out there.”

When Gauff broke the top 50 last year she became the first 15-year-old to do so in 15 years. Currently ranked 52 in the world, she followed up her fourth-round exit at Wimbledon by going as far at the 2020 Australian Open, just before the sport was locked down as a result of the coronavirus pandemic.

Ghana, Liberia set up joint committee to look into Buduburam...
2 minutes ago