'Grand Slams Must Be Priority' When Tennis Returns - Halep 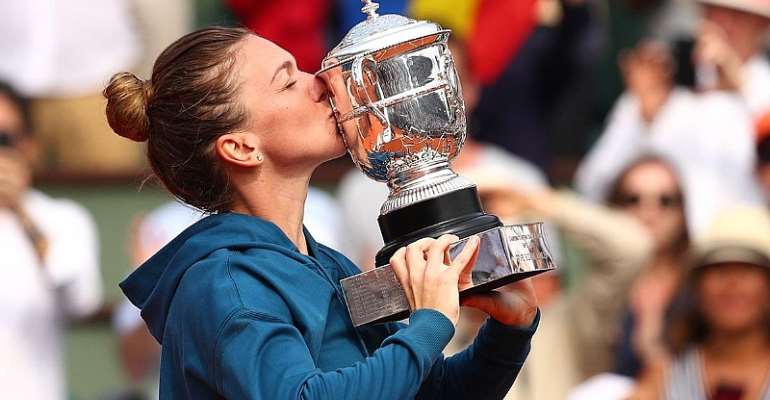 The reigning Wimbledon champion had been due to defend her title at SW19 before the entire grass-court season had to be cancelled due to the coronavirus lockdown with the remainder of the calendar very much in doubt.

Speaking with Tennis Legends presenter Mats Wilander, Boris Becker and Indian Wells tournament director and former star Tommy Haas in the two-part episode, Halep gave her views on how tennis must proceed after the pandemic has ceased halting the tennis calendar.

"Well, if everything is safe and we are able to travel a 100 per cent, I think that the priority has to be for the mandatory [tournaments] and Grand Slams, in my opinion," Halep said in part two of the Tennis Legends vodcast and podcast, which will be released in full on Thursday.

Even if they change the dates, I feel like it should be a priority for these big tournaments. Because actually they keep the Tour very strong, so I have the feeling that it is going to happen if everything is okay. Even if the dates are changed, in my opinion.

"They [ATP, WTA and ITF] have to come all together and talk."

Asked about how involved WTA Tour stars should be in the discussions around how tennis should return following the pandemic, Halep said it is important that players are at least consulted.

"We the players, if we don’t have the tournaments, we have nothing also, so I think it is 50-50 there," she said, on the interdependence of the Tour and players.

"Actually, yeah, I can get involved in this, I am open to it. But you know, it’s too sensitive and I don’t feel like I have the power and the vision to say something about these decisions. They’re too big and it’s tough to take the responsibility for everyone.

"So, if there is going to be a group of players, for sure I am going to get involved and I will say my opinions. But it is tough with the health situation all over the world. So, if it is about a tournament or a date, yeah.

So, I feel like the leaders of this tennis Tour, they have to come together and also to ask the players because, in my opinion, we have a good word because we have to play. And they have to decide what is best for everybody. Not just for the tournaments or for the players.

"So, if this year it’s possible to play some tournaments it is going to be great. Even if the dates will be changed pretty much and even if we will have clay or hard court [tournaments]. Grass, I know it’s impossible to have it anymore.

"But I feel like if we stay one year without a tournament it’s going to be much harder to start again next year."