Deontay Wilder Will Hang Gloves If He Loses To Tyson Fury 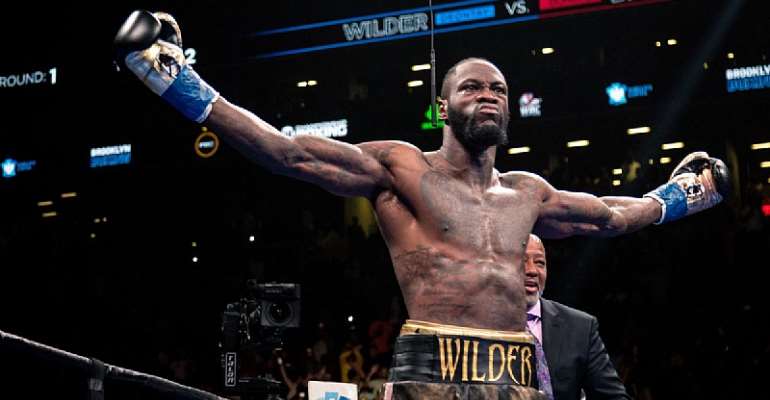 Deontay Wilder has sensationally claimed that he could hang up his gloves if he loses his trilogy fight against Tyson Fury.

The American suffered his first professional defeat when his cornerman Mark Breland threw in the towel in the seventh round of his rematch with Fury in February.

Wilder agreed to a third fight after seeing his five-year reign as WBC heavyweight world champion ended in Las Vegas, the consequence of which saw him weed out 'the snakes' from his circle that he believes cost him victory against Fury.

Part III was initially scheduled for July 25, but is expected to be delayed as a result of the coronavirus pandemic.

But Wilder revealed he is confident of both the fight going ahead this year and of bouncing back.

'I'm cutting my grass, I'm getting rid of a lot of snakes in the grass.

'This time has allowed me to look back, dig in the weed and see what was really going on.

'You can have a lot of great people around you, but certain jealousy of people you can't control.

'Everybody wants certain things, everybody wants what you have but they don't want to work as hard as you, to sacrifice as much as you.

'People get envious of the things they can't have, I had to weed out, change up certain things.'

Wilder also confirmed that he will bring in 'one or two' new faces to his camp for the trilogy fight where he has promised fans they will see 'the real Deontay Wilder'.

Wilder also went on record to say that he suffered a bicep injury during his knockout defeat to Fury, which required surgery, but confirmed recovery was going well.